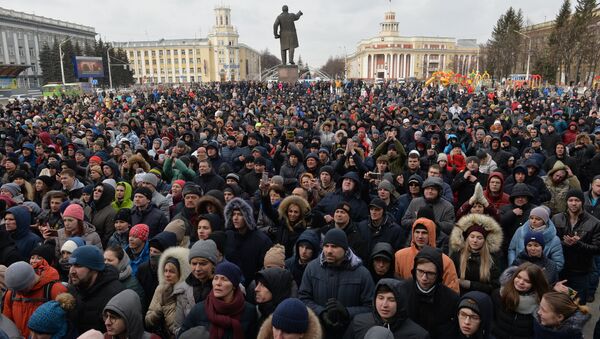 Amid a flurry of questions fielded by the Deputy Governor of the Kemerovo Region following Sunday's mall blaze which claimed the lives of 41 children, one of the most painful was voiced by a dead child’s friend. 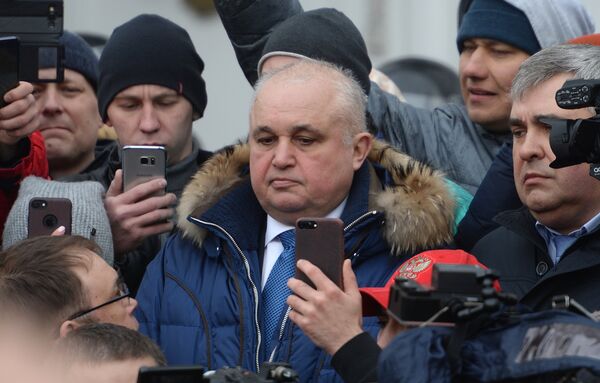 Deputy Governor of the Kemerovo Region Sergei Tsivilev, center, talks to the participants in a spontaneous rally in memory of those killed in a fire at the Zimnyaya Vishnya shopping mall, in front of the Kemerovo administration on Sovetov Square
© Sputnik / Alexander Kryazhev
/
Go to the photo bank

A local boy in the grieving Siberian city of Kemerovo asked the Deputy Governor of the region Sergei Tsivilev why his friend Misha had "burned alive" in Sunday's shopping center inferno. The Deputy Governor’s response was “there were a lot of [safety] violations.”

Another boy asked why the security guard had turned the alarm off, as some reports have stated. Tsivilev answered “it simply didn’t work. We know from those who were there at that time, by asking witnesses, we know that the alarm was not heard. We only know from witnesses, that it was like this.”

Tsivilev was among those officials who met with people during the rally, where stunned, grieving locals demanded that all those responsible be brought to justice. At least 64 people were killed in the fire in the “Zimnyaya Vishnya” mall. Many of them were reportedly trapped behind locked doors in a movie theater. According to the Russian Investigative Committee, the fire escape routes were blocked and the fire alarm was out of order.