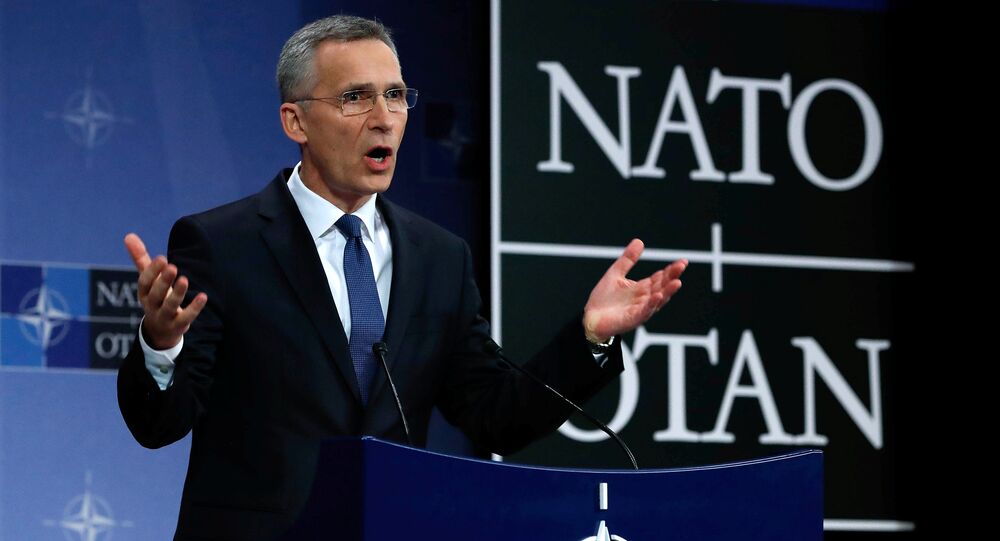 NATO Chief Accuses Russia of Aggression: What Did He Miss?

NATO Secretary-General Jens Stoltenberg has lashed out at Russia, saying that the country is “becoming increasingly unpredictable and aggressive,” and insisted that the alliance must improve its defensive capabilities in the face of Russia’s nuclear threat.

It seems that Stoltenberg ignored the fact that it was the West that forced Moscow to build up its nuclear capabilities in order to protect itself from NATO’s expansion and the US’s ambitions to create a global missile defense system.

Having briefly touched upon various matters, starting from cyberattacks and the alleged poisoning of former Russian spy Sergei Skripal in Salisbury, UK, Stoltenberg accused Russia of seeking to destabilize the West with new nuclear weapons.

"We can always do more and must reflect on that now. Salisbury follows, by all appearances, a pattern we've observed for some years — Russia is becoming more unpredictable and more aggressive," he said.

Meanwhile, the NATO Secretary-General has probably missed the point of President Vladimir Putin’s “Nobody wanted to listen to us. So listen now,” remark during his state-of-the-nation speech earlier this month. The head of state made it clear that Russia was forced to develop new generations of weapons following years of fruitless requests to stop expanding the military bloc and establishing military bases around the globe, thus jeopardizing Russia’s national security.

“As you can see, we made no secret of our plans and spoke openly about them, primarily to encourage our partners to hold talks. Let me repeat, this was in 2004,” Putin stressed, saying that despite Russia’s nuclear power status, “nobody really wanted to talk to us about the core of the problem, and nobody wanted to listen to us. So listen now.”

His speech was perceived by many as the beginning of yet another arms race with the United States, with mainstream media saying it reflected the Cold War vibes.

"Russia must not miscalculate. We are always ready to respond when an ally is attacked militarily. We want credible deterrence. We don't want any war. Our goal is de-escalation," Stoltenberg said, adding that “blurring the line” between nuclear and conventional warfare “lowers the threshold for Russia’s use of nuclear weapons.”

Recent remarks made by Stoltenberg have showcased that NATO has not learned its lesson and still refuses to “listen” to Russia. NATO’s broken promise not to expand eastwards towards Russia’s borders following the collapse of the Soviet Union has eventually led to the deterioration of relations between Moscow and the West, which climaxed in 2014 following the Crimea referendum on the peninsula’s reunification with Russia. Having pushed further to the east, with its enlargements in 1999, 2004, 2009 and 2017, and including Georgia and Ukraine to the list of “aspirant countries,” the North Atlantic Alliance has crossed the “red line” that Moscow drew long time ago – bringing its troops ever closer to Russia’s borders.

Having declared Russia an “aggressor,” the alliance has seemingly chosen the strategy of intimidation rather than promoting peace and mutual respect, probably forgetting that President Putin’s speech was a response to his American counterpart Donald Trump’s Nuclear Posture Review, approving the use of nuclear weapons to react to non-nuclear threats as well as the fact that it was the United States that has flexed its military muscles across the globe, not Russia.