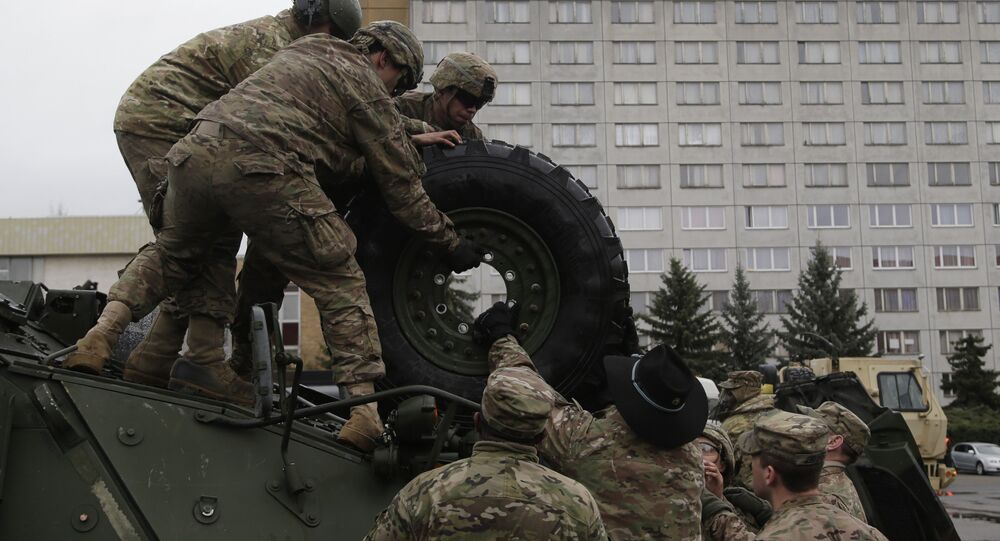 US military bases are not welcome in the Czech Republic, the country's ambassador to Russia Vladimir Remek said Friday. Speaking to Sputnik, experts explained why the Czechs oppose the US military presence in their country.

US Vice President Mike Pence's plan to position elements of the US missile defense shield in the Czech Republic is unlikely to be ever fulfilled: as Czech Ambassador to Russia Vladimir Remek highlighted in his Friday interview with Sputnik, the country strongly opposes the deployment of the US military on its territory.

"The Social Democratic Party, which is now one of the ruling [parties] in the Czech Republic, continues to hold the view that there is no need for any military bases, including American ones," Remek told Sputnik.

Most Czechs share his viewpoint: the country's opinion polls show that the people fear that their country may fall prey to a confrontation between more powerful geopolitical players. Additionally, they don't want to spoil relations with Moscow.

What Lies at the Root of the Czechs' Sympathy With Russia

"[The Czechs] remember that Russia sympathized with the Czech national movement at the beginning of the 20th century," Alexei Makarkin, an analyst and deputy director at the Center for Political Technologies in Moscow, told Sputnik. "They also appreciate the value of the Red Army's liberating Prague [during WWII]."

© AP Photo / Petr David Josek
Czech President: Militants Could Flee to Bosnia After Defeat of Daesh
The expert remarked that while the Czech people still remember the events of the Prague Spring of 1968 when Warsaw Pact troops jointly entered Czechoslovakia to curtail the uprising, these memories do not have much impact on the current Russo-Czech relationship, and are mostly regarded as just an episode from the past.

Thus, despite fierce criticism from NATO and US officials, Czech President Milos Zeman was one of only several European leaders who took part in the 2015 Moscow Victory Day Parade commemorating the 70th anniversary of the capitulation of Nazi Germany.

Nevertheless, Makarkin surmised that Prague will continue maneuvering between the Czech people's aspirations and Transatlantic values.

According to political analyst Dmitry Abzalov, President of the Center for Strategic Communications, Prague's further steps in the field of Czech-US military cooperation will strongly depend on how much Washington continues to get on the nerves of the Czech elite.

The US-led anti-Russian sanctions have already dealt a heavy blow to the Czech Republic's economy, the expert noted, referring to the reduction in bilateral trade between Moscow and Prague and the looming threat of the abolition of Russo-Czech joint energy programs.

The bilateral trade exchange, which reached $14 billion in 2012, has since plummeted to $6 billion. Although Prague joined trade restrictions against Moscow at the behest of Brussels and Washington, the country's leadership never concealed that it hopes for their early lifting.

There is yet another reason for Prague to strengthen ties with Russia, according to RIA Novosti contributor Igor Gashkov: the ruling Social Democratic Party may need the support of Czech communists in the upcoming October legislative election. The country's Communist party has long been calling for the abolition of sanctions and further rapprochement with Moscow.

Prague Wants to Abstain From US Military Buildup in Europe

Previously, Prague's firm decision to stay out of Washington's military activities in Europe was echoed by Czech Defense Minister Alexander Vondra, who announced the country's withdrawal from the US missile defense plan in June 2011.

As a result, the Pentagon's plan to install a Ground-Based Midcourse Defense missile defense radar system in the Brdy mountain military range was canceled.

© REUTERS / Ints Kalnins
Czechs to NATO: Thanks, but No Tanks Please
In 2014 Czech Defense Minister Martin Stropnicky vocally opposed the stationing of US-NATO troops on Czech territory, citing the events of 1968. The remark caused a storm of criticism from both NATO and some Czech officials.

The announcement preceded the movement of NATO troops across the country between March 29 and April 1. The action dubbed the "Dragoon Ride" was aimed at demonstrating the alliance forces' maneuverability to Russia and its Eastern European neighbors.

The NATO "show of force" in the Czech Republic was heavily criticized by the country's Communist Party and non-governmental organizations, which denounced it as a "provocation" aimed at Russia.