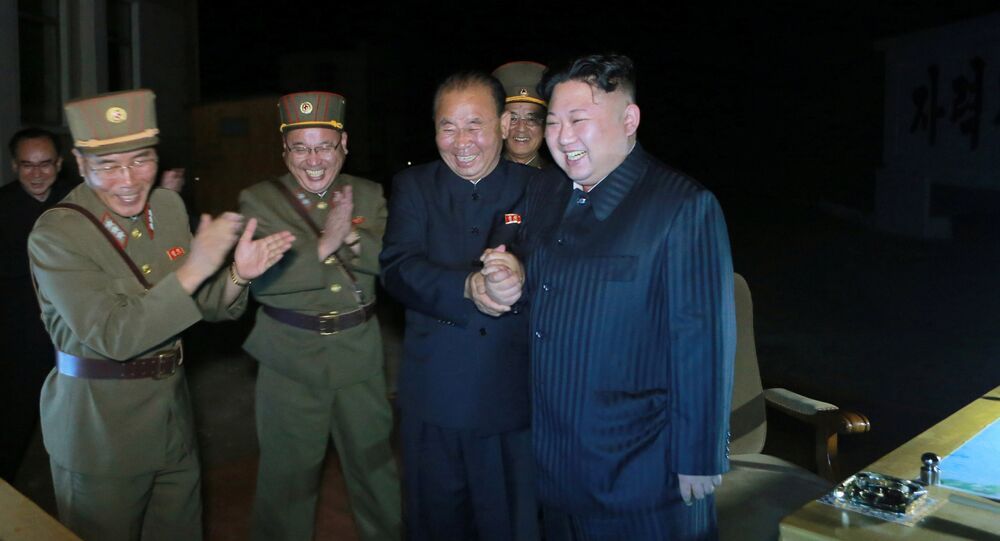 The United States and North Korea should stop provoking one another and instead make an effort toward creating a new dialogue, a special adviser to the South Korean president told Asahi Shimbun newspaper in an interview published Friday.

TOKYO (Sputnik) — The situation on the Korean Peninsula has become aggravated in recent months due to a series of missile launches and nuclear tests conducted by Pyongyang in violation of UN Security Council resolutions.

"It is necessary for North Korea and the United States to refrain from irritating each and to make efforts to begin new negotiations," Moon Jung-in, a foreign affairs scholar and presidential adviser for national unification and foreign policy, said as quoted by the newspaper.

The official pointed out that North Korea was threatening to avoid participating in the dialogue until the United States stopped its "hostile" policy against Pyongyang.

"The Republic of Korea is against rising tensions on the Korean Peninsula," the presidential adviser stressed, adding that efforts for establishing a dialogue required engaging the United States.

North Korea’s military said Wednesday it was considering a missile attack near the US island territory of Guam after President Donald Trump threatened Pyongyang with "fire and fury." Guam hosts several US military bases.