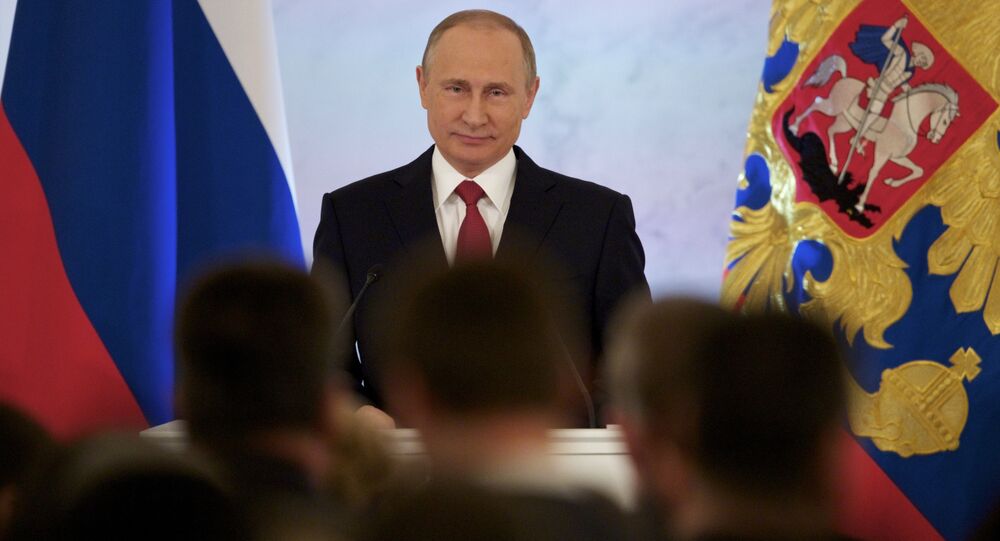 The era of Zbigniew Brzezinski, American diplomat, strategist and former national security advisor, could be called the qualifying round ahead of the grand geopolitical chess championship that has just begun, Canadian journalist and political consultant John Bosnitch told Sputnik.

Zbigniew Brzezinski's passing prompted some observers to assume that the era of the Grand Chess game has come to an end; however, John Bosnitch, a Canadian journalist and political consultant, believes otherwise.

"I would say that the grand geopolitical chess championship has just begun," Bosnitch, who heads the Inter-Media Center in Serbia, told Sputnik, "Brzezinski's era could be called the qualifying round, in which he scored excellent results in pursuing his personal goals, using the White House as a tool for his own agenda."

© AP Photo / Tasnadi
Warm Words for a Cold Warrior: Russian Observer Explains Why Brzezinski's Death is Heavy Blow to US
Brzezinski had a long and eventful life: the Polish-American politician served as a Counselor to US President Lyndon B. Johnson from 1966 to 1968 and then was President Jimmy Carter's National Security Advisor from 1977 to 1981. In the following years, Brzezinski continued to play a significant role in US foreign affairs. But that's half the story.

"He helped destroy the Soviet Union. He made the Vatican an overt partner in CIA subterfuge on the international scene. He planned and executed a Vietnam-style debacle for Russia in Afghanistan. He led in forming the Trilateral Commission to bring Japan into full military partnership with Washington. He centralized decision-making in the hands of anachronistic monarchs, corrupt financial oligarchs, and mafia-linked death squads in Central America, Kosovo, Chechnya and the Philippines. He was directly involved in planning the Obama regime's coup in the Ukraine. He tried to coordinate a similar coup against [Russian President Vladimir] Putin via CIA-run so-called NGOs [non-governmental organizations] in Russia," Bosnitch elaborated.

"Zbig was a master of the game," the journalist emphasized, "But his weakness was that he did not act from the shadows but made his actions most openly and in public." 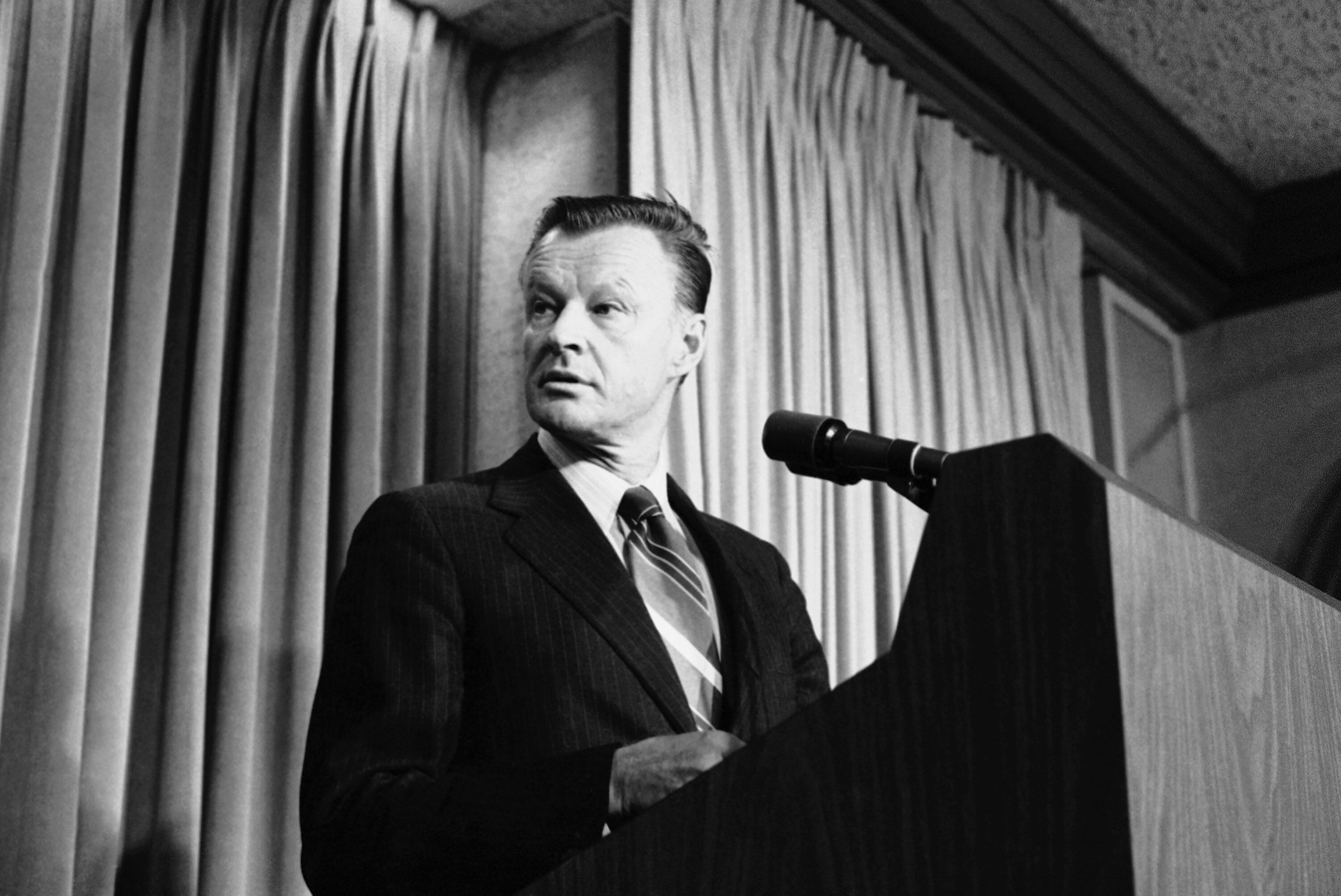 "His disciples, including Madeleine Albright, are of a much lower IQ, and therefore cannot achieve the same results… thereby losing the gambit for Ukraine, losing the effort to topple [Syrian President Bashar] Assad, and now even losing the US hold on political policy in Turkey, which is the biggest reversal of US power in the region in decades," Bosnitch observed.

History has shown that Russian President Vladimir Putin turned out to be a worthy opponent to the geopolitical grandmaster.

"President Putin has demonstrated repeatedly that he is a much more skilled strategist and policy master than Brzezinski ever was. The threat of complete destruction led the Russian leadership to abandon the Communist system and to instead elevate a competent young man named Vladimir Putin as a final end to the faltering seniority system of the former Communist gerontocracy (rule by the very old)," the Canadian journalist said.

"So in fact, Zbig's actions were so dangerous that they threatened the survival not just of Communism, but of the Russian people as a nation," Bosnitch highlighted adding that this very fact led to a "counteraction from the [Russian] nation."

"To draw a historical parallel, Brzezinski was to Russia, what Hannibal was to Rome — an existential threat that led the state and people to respond with all their energy to survive," the Canadian journalist explained. "The result is the multi-polar world of BRICS that we enjoy today. Hannibal came within one day's march of Rome and yet died a failure. In a few years, we will all see that Brzezinski died a failure. That hindsight is not yet evident to most people because the current struggle has not yet ended." 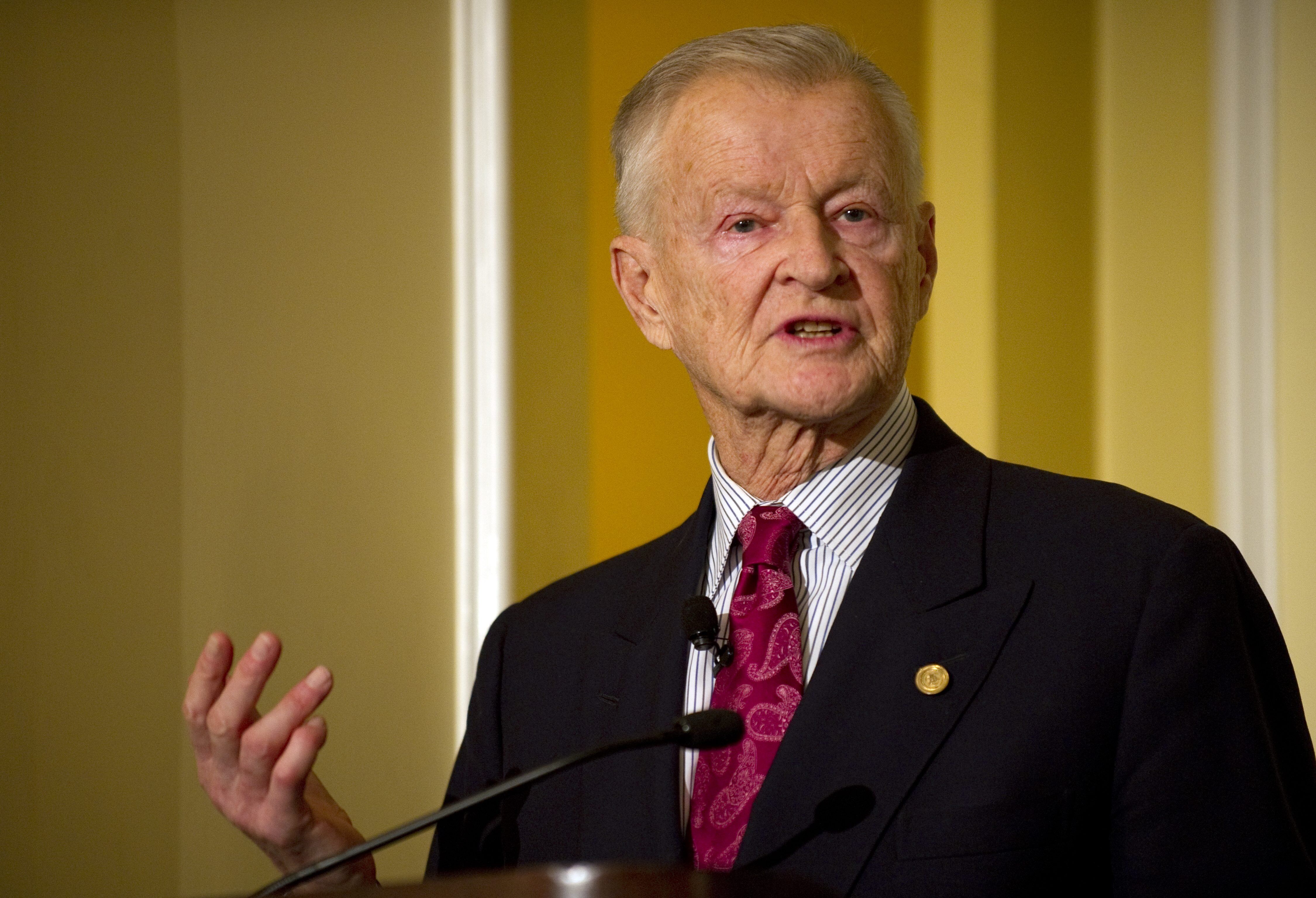 In his 2015 interview with Sputnik Bosnitch revealed that his father, Political Science Professor Dr. Sava Bosnitch, had a younger classmate from Poland in his Master of Arts (MA) degree class at McGill University in Montreal. That classmate was Zbigniew Brzezinski. Despite their diametrically opposite views, the two men had remained in contact for years.

"My father said that Brzezinski was a very intelligent friend during their common opposition to the Soviet Union and an ideological foe once Putin built the new Russia. He said that despite his brilliance, Zbig could not overcome his personal biases of extreme Roman Catholicism, Russophobia, and a blind faith in the kleptocracy of American capitalism. And it was those failings that caused Zbig to lose ground in Washington," Bosnitch recalled, adding that Hillary Clinton — the candidate Brzezinski placed a bet on — lost the US 2016 presidential election in part because of Zbig's hardline attitude towards Russia.

© AFP 2019 / Robyn BECK
FBI Spying Machine: Who Allowed US 'Deep State' to Overstep Its Bounds
However, while being a talented geopolitician Brzezinski at the same time had the guts to recognize his own strategic mistakes.

"Zbig recognized that his views were outdated and discredited, writing a corrective sequel to his imperialist book 'The Grand Chessboard'. The later book Strategic Vision: America and the Crisis of Global Power admits Zbig's earlier errors, but could not stop the consequences of his overly aggressive policy… an error so big that it allowed Russia to build a much more powerful alliance, BRICS, to reverse the American Century," the journalist told Sputnik.

"Zbig sought a powerful Poland holding the center of Europe. He sought a weak and divided Russia. He sought to feed a war between Russia and China. And he wanted former neutrals like Japan, Africa, and South America to remain US-only zones. In each of these areas, he failed. His near-rabid hatred of Russia stems from the historic divisions of Poland between Russia and Germany over history, combined with his standard Anglo-American imperialist and Vatican-opportunist view that Russia had to be destroyed to maintain the Holy Roman Empire reconstructed in the form of the EU and NATO," the political consultant noted.

Can we expect that the anti-Russian strategy maintained by Brzezinski will be replaced anytime soon with a more pragmatist attitude toward Russia in the West?

"It is indeed already being replaced by Trump, who realizes that without some cooperation with Russia, both the West and the European East will suffer, while China grows to massive proportions quietly in the background," Bosnitch responded.

"Trump's main policy goal is to unite with Russia to limit Asia's rise to international dominance. If he fails, the next hundred years will be known as the 'Chinese Era' and both Russia and America will fade into insignificance within 25 years at the latest," the Canadian journalist concluded.