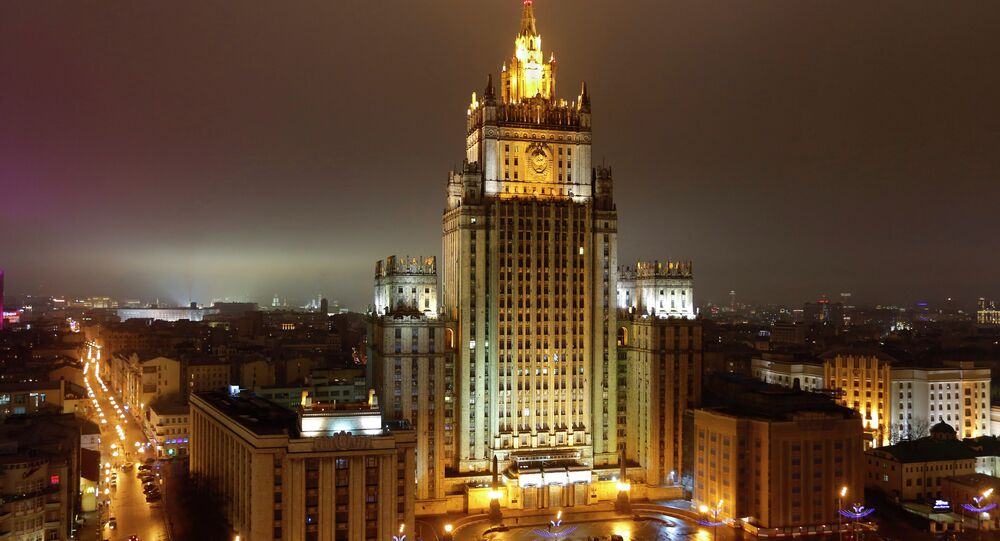 Moscow sees no reasons for Washington to impose restrictive measures on Damascus because no facts confirming the Syrian government's alleged role in the Idlib chemical incident have been established.

"The fact that they imposed sanctions against Syria: we see no reason to do so because there were no facts confirming [the Syrian government's involvement in the reported incident in Khan Shaykhoun]," Gatilov told reporters.

The US Treasury Department's foreign asset control office sanctioned 271 Syrian Scientific Studies and Research Center (SSRC) employees on Monday in what Treasury Secretary Steve Mnuchin called "one of the largest ever" actions. Washington suspects the SSRC of producing chemical weapons.

"We proposed sending an independent expert group to verify these claims. Unfortunately, the US did not support this initiative," Gatilov said.

© REUTERS / Ammar Abdullah
US Sanctions Aim to 'Substitute or Cancel' Idlib Investigation, Russian MP Says
The Syrian army has said it does not possess chemical weapons.

On April 6, despite Russia's call for a thorough investigation into the incident, the United States launched 59 Tomahawk cruise missiles at the military airfield in Ash Sha’irat, located in the vicinity of the Homs city. US President Donald Trump said the strike was a response to the alleged chemical weapon use.