The company belonging to Ivanka Trump has gained access to the Chinese market. Russian economist Vladimir Rozhankovsky told Sputnik Radio that it could be beneficial to the Chinese authorities to form an alliance with Donald Trump’s daughter if it could improve relations between Washington and Beijing.

Ivanka Trump received an approval for trademarks related to business in jewelry, bags and spa services. It is noted that Beijing gave the permission for this trade alliance on April 6, the day the official meeting between Donald Trump and Xi Jinping took place. 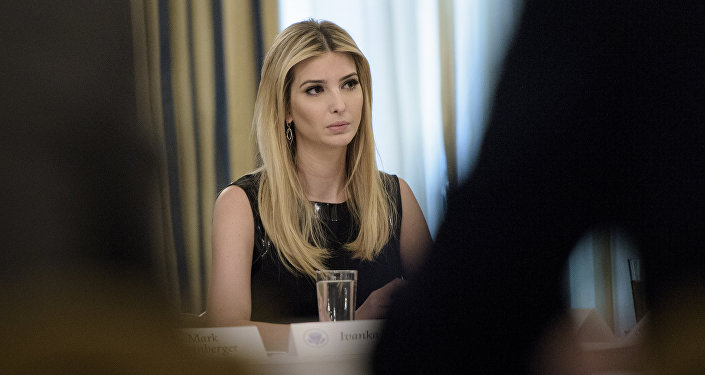 © AFP 2019 / Brendan Smialowski
For Confluence of Money and Power in US, Look No Further Than Ivanka Trump
During an official dinner of the two country’s leaders, Ivanka and her husband, US presidential adviser Jared Kushner, were also present, according to The Associated Press.

According to the CBS News channel, a former White House legal adviser on ethics, Richard Painter, believes that Ivanka Trump “runs the risk of breaking the law.”

“Everything would have been just fine if she also did not work in the White House,” Painter was reported as saying.

The leading analyst of the management company Horizon, Vladimir Rozhankovsky, in an interview with Sputnik Radio said that the Chinese authorities are ready to do much to improve bilateral relations with the US.

“China was looking on with horror at Trump's election campaign, expecting the end of the world. The Chinese authorities will do anything to avoid the US from declaring China, for example, a currency manipulator and to begin evacuating American business from the country,” Rozhankovsky said. 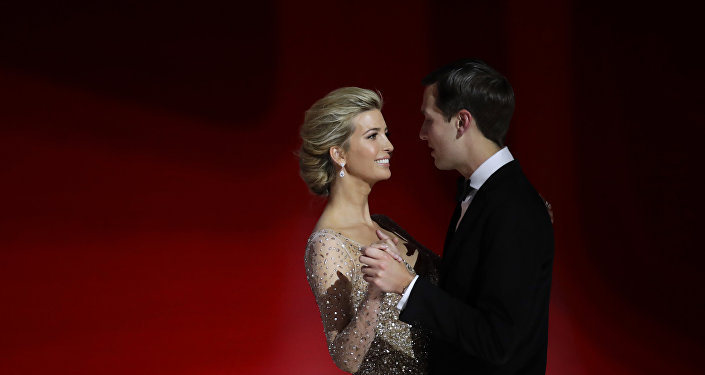 © AP Photo / Patrick Semansky
More Than Half of Americans Say Ivanka, Kushner Role at White House Inappropriate
“Now there is Ivanka Trump with some brands, selling bags and jewelry. Sell as much as you like because China thinks that if it helps to normalize relations, then it’s okay to even sell missiles under the brand of Ivanka Trump,” the analyst said.

At the same time, the expert believes that under Donald Trump, the harmful political phenomenon of “favoritism” might be growing.

“Advisors are Trump’s weakness. He lacks international experience and these ‘gaps’ are covered precisely by those people who, perhaps, should not be doing it,” Rozhankovsky said.

He further said that favoritism is a backstage phenomenon that hurts politics, “because there is an official cabinet, administration and parliament where people who are engaged in politics are elected, whereas, everyone else should stay engaged in business,” the analyst concluded.

Ivanka and Tomahawks: What Trump's Powerful Weapons Have in Common