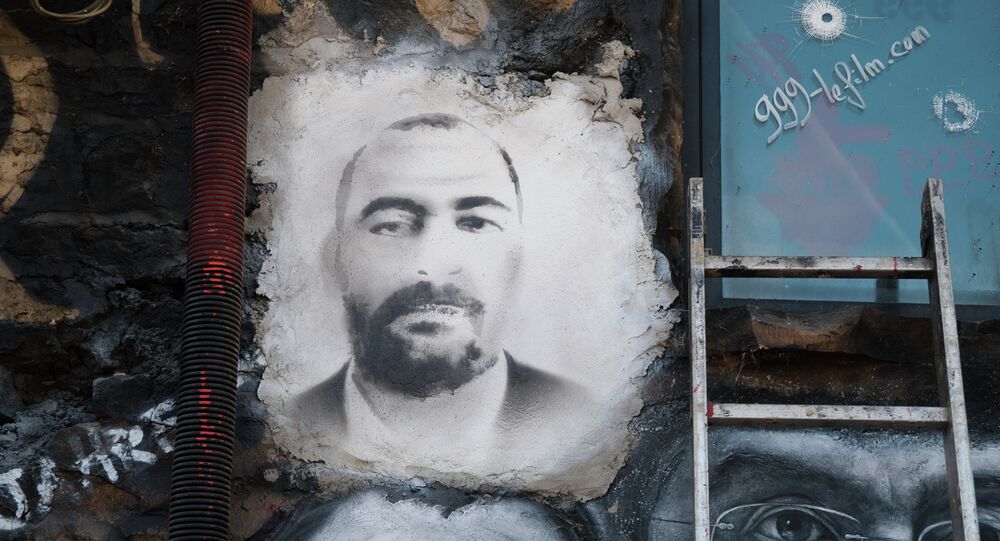 Daesh leader Abu Bakr al-Baghdadi's "farewell sermon" does not mean that the war is over for the terrorist group. It is more likely that Daesh will use the pause to regroup and resupply its fighters, Iranian political analyst Emad Abshenass told Sputnik.

In his speech the leader of the terrorist group admitted that his organization had suffered defeat in recent clashes in Iraq, an independent Iraqi broadcaster Alsumaria News reported citing a source in Nineveh province.

"Calling his speech a farewell address, al-Baghdadi circulated it among Daesh preachers and explained what was going on with the group. The preachers started talking about the defeats Daesh is suffering in Nineveh province and other parts of Iraq," the source said.

The news came amid the Iraqi offensive on Mosul. On Monday, Mahmud al Surdji, a member of Iraq's Nineveh Plain Protection Units told Sputnik Arabic that the Iraqi government had restored its control over the highway connecting Mosul and the capital Baghdad.

"One shouldn't rely on the so-called 'farewell sermon' delivered by al-Baghdadi and believe that the terrorist groups' destructive activities have come to an end," Abshenass told Sputnik Persian.

© AFP 2021 / JOSEPH EID
City of Palmyra Now Within Firing Range of Syrian Government Forces as Daesh Terrorists Flee
"They still have plans to continue to carry out terrorist attacks in other regions. For starters they are likely to hide in inaccessible mountainous regions, and then they will take action," he said.

The Iranian journalist recalled that during the US occupation of Iraqi and Afghanistan terrorists went underground and continued to conduct their subversive operations. As it turned out the Americans failed to cope with the terror threat.

It appears that the history repeats itself, the political analyst noted. According to Abshenass, Daesh still poses a challenge to the US military in the region.

He believes that the only way to tackle the Daesh threat is to "use the strength and solidarity of the people" which know the area where the terrorists could be hiding.

Abshenass opined that the People's Mobilization Forces (PMF) — also known as Al-Hashd Al-Sha'abi — an Iraqi organization composed of predominantly Shiite militia groups, would be the perfect choice for this mission.

The Iranian journalist pointed out that Daesh's destructive ideology poses yet another challenge. As long as it exists it will attract new followers and supporters.

"It's not an easy task to eradicate an ideology," he remarked.

On the other hand, terrorists usually try to blend in with ordinary people and that seriously complicates anti-terrorist operations.

Sergei Demidenko, a researcher at the School of Public Policy of the Russian Presidential Academy of National Economy and Public Administration (RANERA), echoes Abshenass.

In his interview with RIA Novosti, Demidenko said that al-Baghdadi's "farewell speech" doesn't mean a breakthrough in the war against Daesh.

"Now they are likely to go to the mountains, hide there, regroup, and then try to return what was taken from them," he assumed.

"Most likely, they will continue to fight in every way possible. By the way, there was a strikingly similar story in Afghanistan when the Americans invaded in 2001, the Taliban scattered, then regrouped and resumed a guerrilla war," Demidenko noted.

The Russian academic has no doubts that Daesh will try to make a "successful" comeback.

They announced a retreat merely because they need a pause to regroup their forces, he believes.

"They are retreating to regroup and to strike again because they didn't give up. This is the distinctive feature of the ideology of Daesh and similar [terrorist groups]: they are focused on a permanent war," Demidenko explained.

"Unless they are completely exhausted and destroyed, one cannot say that their doctrine ceased to exist," he said.

Almighty Commanders: Will US Generals Fight Daesh Without Trump’s Approval?