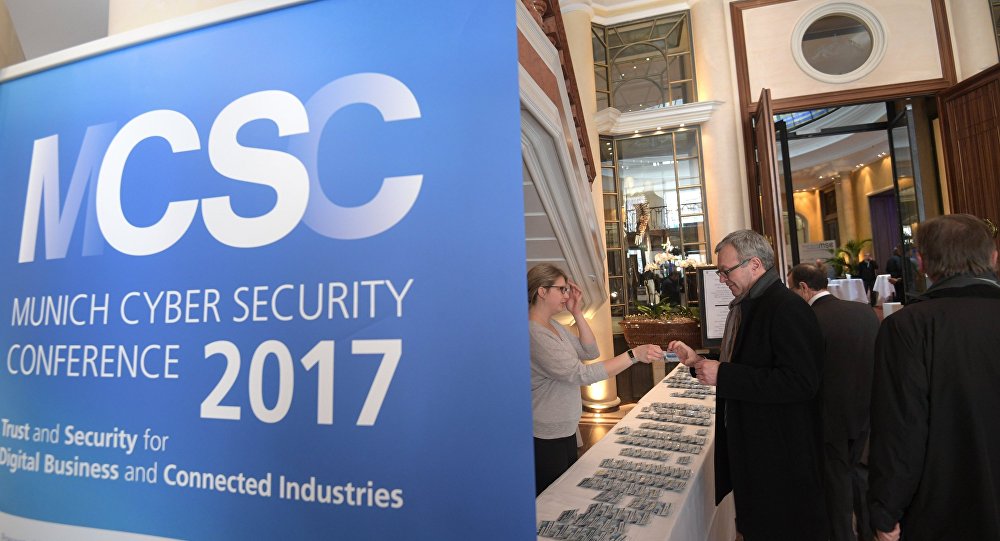 Discussions on future relations of NATO with the United States, under the administration of US President Donald Trump, and with Russia, the conflict in Syria and the crisis in Ukraine dominated the three-day Munich Security Conference, held on February 17-19.

MOSCOW (Sputnik) — More than 20 heads of state, and dozens of officials from around the world met in the capital of the southern German state of Bavaria for the international, nongovernmental, independent conference to discuss major security issues.

NATO, US and EU Under Trump

The global role of the North Atlantic Treaty Organization (NATO), and its relationship with Europe, the United States and Russia featured heavily in the conference.

Speaking at the conference on Friday, US Secretary of Defense James Mattis confirmed that the United States is engaged in making the alliance "relevant and fit for its time," addressing the recent concerns over Trump's criticism of the alliance as obsolete. Mattis added that NATO "will be unified in meeting today’s security challenges."

© REUTERS / Michael Dalder
Wind of Change? Anti-Russian Rhetoric Mostly Muted at Annual Munich Conference
Reduced US engagement in NATO would likely undermine the military alliance, the bloc’s former secretary general, Andres Fogh Rasmussen told Sputnik at the conference, stating that "if Trump were to reduce his engagement in NATO, it would be dangerous, it would undermine the credibility of our alliance." The former NATO chief described Washington as the only player within the alliance that had enough military strength to ensure that NATO could pursue its policies.

Elaborating on this, Mattis added that "the United States is moving units into the Baltic states – Poland, Romania, and Bulgaria – under Operation Atlantic Resolve" in what he described to be "a wholly defensive deployment to maintain deterrence."

At its Warsaw summit in July, NATO also made a decision to send multinational battalions to Latvia, Lithuania and Estonia.

Commenting on the allies' defense spending, which has been flagged up as insufficient by the US president, NATO Secretary General Jens Stoltenberg said that "all allies agreed on the need to increase defense spending. European allies, Canada have to invest more in our shared security. We agreed in 2014 to gradually increase the defense spending and gradually move towards our 2 percent target."

At present, only a handful of NATO members have reached the two-percent target. The United States is the top spender, allocating over 3.6 percent of its GDP on defense, followed by Greece, the United Kingdom, Estonia and Poland. The remaining 23 members are below target.

Speaking on the relationship between the European Union and NATO, German Chancellor Angela Merkel stressed that the "defense capacity of the European Union must never be seen as an alternative to NATO, rather it must complement it, it must be integrated within overall alliance."

The view was confirmed by NATO Secretary General, who noted that "a strong Europe cannot mean Europe alone, just as I don't believe 'America first' means 'America alone.' That is the core of our transatlantic bond."

"NATO and the European Union in the last seven months have developed 42 common projects, concrete projects from cyber- to maritime cooperation," EU foreign policy chief Federica Mogherini surmised of the cooperation between the two blocs.

With regard to Russia's relationship with NATO and the European Union, officials voiced the possibility of normalizing relations and working toward cooperation.

© Photo : Matthias Schrader
Going Back on Trump's Words: Will US Regain Trust of EU Allies After Munich Meetings?
Despite existing differences between Russia and the European Union, the German Chancellor noted that, "Russia is too our neighbor, is also sort of there on our external border, so I will not relent in my efforts to champion the cause of having good relations with Russia."

She highlighted that that fact that "we also are united in fighting international terrorism and that's where we have common interests and we have to do this."

However, Merkel urged the NATO-Russia council to address hybrid warfare concerns, as "we know that Russia actually is very much actively engaged, is also saying it considers hybrid warfare to be part of its legitimate policy. She stressed that hybrid warfare can pose "a great challenge to democracy" by targeting infrastructure and spreading false information.

Russian Foreign Minister Sergei Lavrov mirrored the German chancellor's views regarding greater cooperation. He also called added that "to alleviate all these concerns and problems we need to renew military cooperation." However, he lamented that "Jens Stoltenberg yesterday, surrounded by his deputies, did not say that NATO is prepared for that and that's regrettable because without practical cooperation any words by diplomats can bring no added value there, in regard to solving the security issues."

The Russian official also attributed the "unprecedented level of tensions in Europe in the last 30 years" to NATO's continued expansion.

The Normandy Four foreign ministers — of Ukraine, Russia, Germany and France — reiterated their intention to use their influence to uphold the ceasefire in eastern Ukraine.

"We have reached several agreements. All sides have agreed to use their influence to implement the decisions made by the Contact Group a couple of days ago," the German foreign policy chief, Sigmar Gabriel, said after their meeting in Munich on Saturday.

Commenting on the talks, he added that "the atmosphere was good, but the problems should be solved not at the negotiating table, but on site," and the ministers intend to meet again in a few weeks to discuss the political process, for which the ceasefire needs to be maintained.

© Sputnik / Kirill Kallinikov
'I'd Rather Starve': Actor Taktarov Turns Down Hollywood Offer to Play Russian Villain in Donbass
Following meetings with the foreign ministers from Austria, Croatia and France, as well as with the NATO Secretary General, the Russian foreign minister told reporters that "many our western partners express understanding of our position during private talks." Lavrov added that it would be possible to overcome confrontation, depending on the further progress of the dialogue and if NATO and the European Union wanted to.

According to Ukrainian President Petro Poroshenko, "US Vice President Michael Pence confirmed US full support of Ukraine… The US is in close contact with the Ukrainian authorities on the matter." He added that "Crimea's issue and a decisive struggle for its return remain a priority for the United States."

Pence’s earlier remark that Washington lays responsibility for implementation of the Minsk agreements solely on Moscow, while the United States claims to be trying to find common ground with Russia indicates that the "Trump administration did not figure out Russia policy yet so you have a contradictory set of ideas," former US ambassador to Russia Michael McFaul told Sputnik on the sidelines of the conference. He explained that, "on one hand, they want to cooperate in fighting terrorism, on the other hand they talk about that Russia has to return Crimea to Ukraine and echo many things that sounds like Obama administration."

Discussions on the settlement of the Syrian crisis led to an acknowledgment of the vital role played by the Astana talks, which, while not an alternative to the Geneva negotiations, helped address ways of moving toward a resolution to the situation.

A second round of talks in Kazakhstan’s Astana ended earlier this week, with the three sponsors — Russia, Turkey and Iran —  agreeing to set up a ceasefire monitoring group that would report to the UN. The first round concluded in January.

© REUTERS / Joshua Roberts
Obama’s 'Red Line' on Syria Was a 'Colossal Mistake' - Former Security Adviser
Speaking to Sputnik, an adviser to the Office of Saudi Prince Turki Al-Faisal Bin Abdulaziz said, that expectations for the upcoming Geneva talks were low due to past experience, "however, if the discussions concentrate on the real issue of political transformation and transition arrangements, according to the UN resolutions, we may have a serious beginning for political settlement in Syria."

Elaborating on Russia's involvement, US Special Presidential Envoy for the Global Coalition to Counter IS (Daesh, outlawed in Russia), Brett McGurk said that "I actually think Russia did really try to do something to deescalate violence in a critical period… but as the US and Russia begin to join up and find a potential way forward that Russia's ability to actually deliver on the ground is a question mark in our eyes."

© Photo : Vanessa Beeley
Syrian Army Freed 53 Towns From Islamists Over 7 Weeks – Russian MoD
He noted, however, that "the Astana track having Russia, Turkey and Iran is very important, because in many parts of Syria, where the civil war is raging those are the main influencers on the ground."

UN Special Envoy for Syria Staffan de Mistura also voiced support for the Astana talks, "based on the assumption that they are surgical and laser-beamed on a very important issue — establishing, stabilizing, reinforcing the cessation of hostilities." He further stressed that the Geneva process is still based on the concept of the political transition in the Arab country.