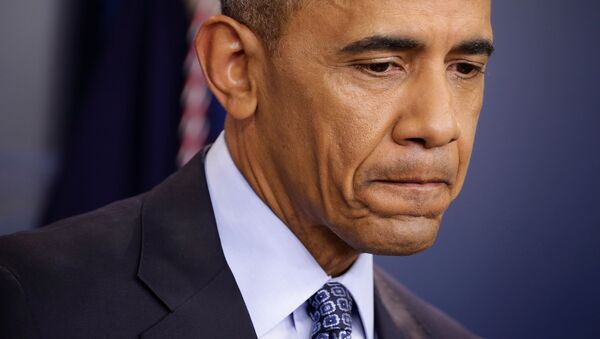 Retired General Jim Jones, the first national security adviser to former US president Barack Obama, has fiercely criticized the president’s actions on Syria, calling it a “colossal mistake” to draw a “red line.”

US Coalition Envoy Considers Russia, Iran, Turkey 'Main Influencers' in Syria
The former top security counsel to Obama said during an interview with CNN that the former president failed to live up to his threats to Syrian President Bashar Al-Assad, which resulted in "loss of  confidence" in "a very important part of the world."

He was referring to Obama's famous statement that using chemical weapons would be a "red line" Assad must not cross.

"We have been very clear to the Assad regime, but also to other players on the ground, that a red line for us is, we start seeing a whole bunch of chemical weapons moving around or being utilized. That would change my calculus. That would change my equation," Obama said back in 2012. However, the US president later backed away from his words.

"I didn't set a red line. The world set a red line when governments representing 98% of the world's population said the use of chemical weapons is abhorrent and passed a treaty forbidding their use even when countries are engaged in war," he said one year later.

In 2013, chemical gas was used near Aleppo. Both the Syrian officials and the opposition militants have repeatedly blamed each other for the attack.

Jones is believed to be one of four contenders for the newly-vacant position of national security advisor to Obama's successor, President Donald Trump.

In an interview regarding his former role, Jones said the position needs a "strategic thinker."

"[It has] got to be someone who understands that the coordination, the strategic coordination of the inner agency… someone who can resist and cause the [National Security Council] to resist getting involved in the tactical operations of our efforts around the world," Jones said.

Jones denied any recent contacts with the White House, but said he would like to offer advice to "the person that does take the job, because it's so very important."