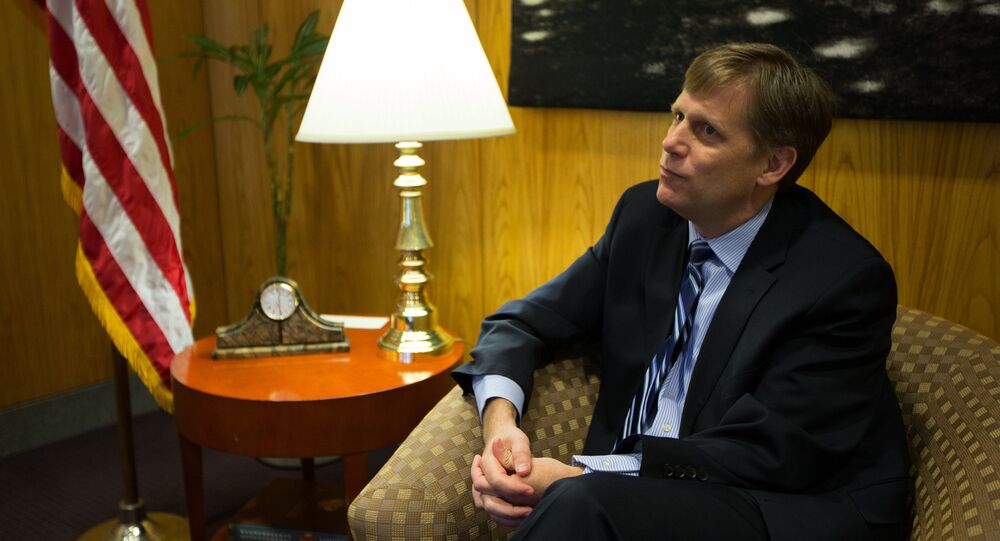 Vice President Mike Pence’s remark that the US lays responsibility on implementation of the Minsk deal solely on Moscow and at the same time trying to find common ground with Russia indicates that Washington is still considering how it should deal with Moscow, former US ambassador to Russia Michael McFaul told Sputnik.

MUNICH (Sputnik) — US Vice President Mike Pence said earlier in the day in Munich the United States would continue to hold Russia accountable for the crisis in eastern Ukraine even as Moscow and Washington search for new common ground, although he added President Donald Trump believed this could be done.

"I think Trump administration did not figure out Russia policy yet so you have a contradictory set of ideas. On one hand, they want to cooperate in fighting terrorism, on the other hand they talk about that Russia has to return Crimea to Ukraine and echo many things that sounds like Obama administration. I don't think they figure it out. They need more time," McFaul said on the sidelines of the Munich Security Conference.

© AP Photo / Pablo Martinez Monsivais
Russian Senator Explains Why US Administration's Actions Are 'Uncoordinated'
On February 14, the White House spokesman said that US President Donald Trump expects Russia to "return Crimea" to Ukraine. Later, Trump reaffirmed this stance, suggesting that Obama was "too soft" on Russia.

Former US Secretary of Homeland Security Michael Chertoff told Sputnik on the sidelines of the Munich Security Conference earlier in the day that the United States should be respectful of a role that Russia plays as a major power, however, given different goals, the two countries are unable to cooperate in certain areas.

'Position of Strength': Pentagon's Message to Russia 'Working Against Trump'

Russia Had 'No Illusions' to Be Disappointed in Trump's Presidency - Kremlin