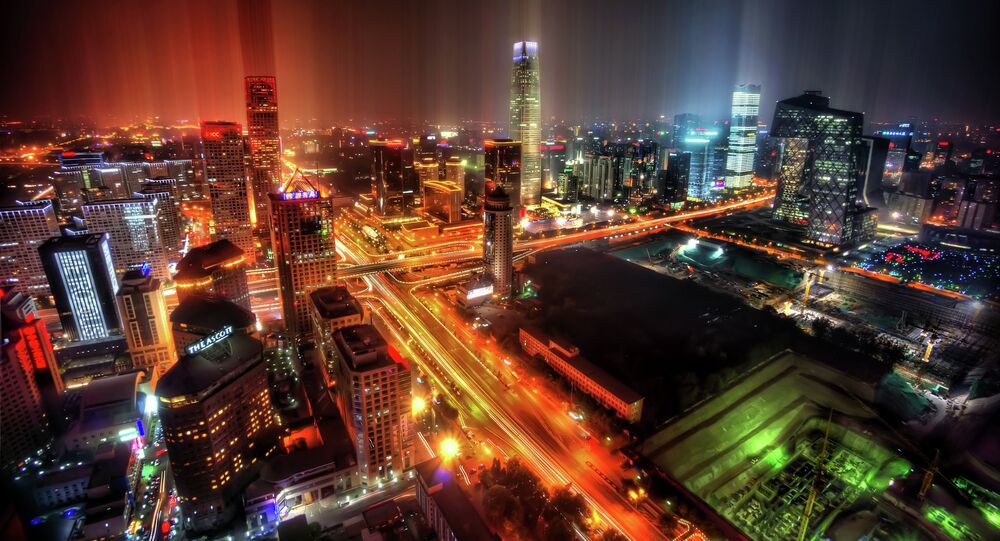 Donald Trump is likely to bring about a change in the US foreign policy, Tom McGregor, Commentator and Editor at CNTV and News Republic APP Asia-Pacific geopolitical columnist, believes.

According to the journalist, after Trump's election the US may break the ice with China and ASEAN nations.

Killing the Trans-Pacific Partnership (TPP) project will become Trump's first step in this direction, he noted.

Speaking to Sputnik, Dr. Seijiro Takeshita of the University of Shizuoka and Philip Levy, Senior Fellow on the Global Economy, underscored that TPP was the cornerstone of Barack Obama's "pivot to Asia" policy.

McGregor assumed that tensions between Beijing and Washington may "devolve into trade and global currency disputes."

"Japan and China are considered to be flagrant 'currency manipulators' and Trump will confront Beijing and Tokyo over this matter," the journalist noted.

For its part, "Beijing will criticize Trump for disregarding the Climate Change agreement, because so many Chinese companies invested big bucks into Green Energy companies and countless renewables energy will go into bankruptcy, causing problems to China's economy," according to McGregor.

However, there are also signs of potential improvements in US-China relations.

Woolsey also added that he expected a "much warmer" response from Trump to Beijing's "One Belt, One Road" initiative.

"Trump has an ambitious plan to rebuild America's infrastructure," McGregor pointed out.

"China's Belt & Road can play a pivotal role to help Trump make American infrastructure great again. The first step will be for Trump to sign the US up as a member of the China-led Asian Infrastructure Investment Bank (AIIB)," he predicted.

As for ASEAN nations, McGregor assumed that "a new dawn will arise" for them "with Trump in the White House."

Will Trump stop their "drift" toward China?

"ASEAN members were drifting to China, because Obama and the prospects of Hillary Clinton becoming US President moved them in that direction. They did not support the bullying tactics of Obama and Clinton, so who could blame them for befriending Beijing," the journalist explained.

"They will return back to Washington for support, but they will maintain friendship with China, so they can receive maximum benefits from both sides. That's a pragmatic and win-win approach," he elaborated.

The CNTV commentator also gave his prognosis of Trump's very first steps after the inauguration.

"Here's what we can expect. Trump will make decisions, based on his own viewpoints. He will listen and consider advice, but he will be the final decision maker. He won't act in a consensus manner, similar to what President Barack Obama had done during White House meetings," McGregor told Sputnik.

"His agenda at the start will be to toughen up immigration laws, aid countries that are fighting radical Islamists, launch investigations under the Department of Justice to root out corruption, cancel the US as signatory of the Paris Agreement Climate Change Treaty, end sanctions against Russia, force NATO to move troops away from Russian border, sign the US up for China's Belt and Road via the AIIB, and the big shocker: Visit Mexico for his first trip abroad as US President," the journalist suggested.

"It will be Trump vs. The Washington Beltway Establishment for his first year in office, but as Trump rises in popularity polls after six months, the GOP will find ways to mend fences," he predicted.

On the other hand, according to the CNTV commentator, Trump's foreign policy is likely to "shift away" from neo-conservative values, such as the US' global hegemony.

Remarkably, as Tom Engelhardt noted in his April article for TomDispatch.com, Trump "is the first American leader… of recent times not to feel the need or obligation to insist that the US, the 'sole' superpower of Planet Earth, is an 'exceptional' nation, an 'indispensable' country, or even in an unqualified sense a 'great' one."

Given the EU leadership's anxiety about Trump's win, what are the prospects of US-European relations?

"It's great news that Eurocrats and a few European leaders feel a deep sense of anxiety about Trump and they will soon discover that Trump was not joking about asking the EU and UK to spend more money on NATO," McGregor noted.

"They will demand he support the status quo, but Trump will respond by mocking them on his Twitter account," the journalist remarked ironically.

According to the journalist, Europe may face the "circulation of elites."

"We can expect to see more populist politicians, from the Left and Right, to win more elections," he concluded.