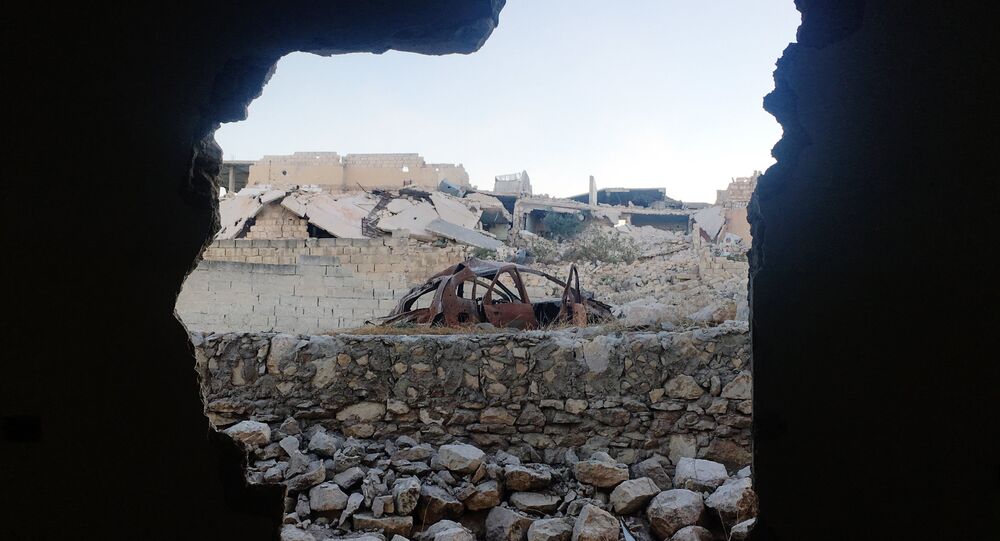 The West has resorted to rhetoric about anti-Russia sanctions over Syria as a pretext for extending restrictions already in place over Ukraine, the president of the American Chamber of Commerce in Russia said.

MOSCOW (Sputnik) — The Western talks about sanctions against Russia over the Syrian crisis are a "bluff" meant to prolong the existing anti-Russia restrictions imposed over the events in Ukraine, the president of the American Chamber of Commerce in Russia (AmCham) said Wednesday.

"In my opinion, the talks about new sanctions [against Russia] over Syria are just a sort of bluff, used to ease the process of prolongation of sanctions imposed over Ukraine… Now is a moment when Europe is making the decision on sectoral sanctions and it is easier to prolong them proposing an option to toughen them. If they just talked about sanction, they would have rather proposed to remain them in force, remove or mitigate, though, now Europe would say with relief: 'Ok, Let's prolong these sanction,'" Alexis Rodzianko told RIA Novosti.

According to Rodzianko, new anti-Russia sanctions are unlikely to be imposed, however such possibility should not be excluded.

© Sputnik / Konstantin Salomatin
Moscow Hopes Tokyo to Lift Mutually Destructive Anti-Russia Sanctions
The West blames Moscow and Damascus over alleged bombings of civilian population and armed opposition groups in war-torn Syria. Russia and the Syrian government have dismissed these accusations, insisting that they only strike terrorist positions, while blaming the United States of its inability to differentiate between so-called "moderate opposition" and terrorists.

In October, different western politicians, including in Germany, the United States and the United Kingdom, brought the idea of introducing restrictions against Russia over its role in the Syrian conflict, which has recently aggravated. At the EU summit held on October 20-21 in Brussels, EU member states did not approve the adoption of sanctions over Syria.

The volume of trade between US and Russian companies is not particularly large, but is significantly greater than what the official numbers show, the head of the American Chamber of Commerce in Russia said.

"Direct trade between the United States and Russia is not particularly large in volume, and it has never been. However, in reality, the trade turnover between US companies and Russia is much larger than what the official customs statistics show," Rodzianko told RIA Novosti, explaining that the statistics took into account only the transfer of goods across the border.

According to the Federal Customs Service, the trade turnover between Russia and the United States in 2015 stood at over $20 billion, accounting to four percent of the total volume of Russia's intentional trade.

The European Union's main economic sanctions against Moscow are set to remain in place until January 31, 2017, and sanctions against some Russian citizens and legal entities are valid until March 15 of the same year.

In response, Moscow imposed a year-long food embargo on the countries that had sanctioned it, which was later prolonged as the sanctions were extended.