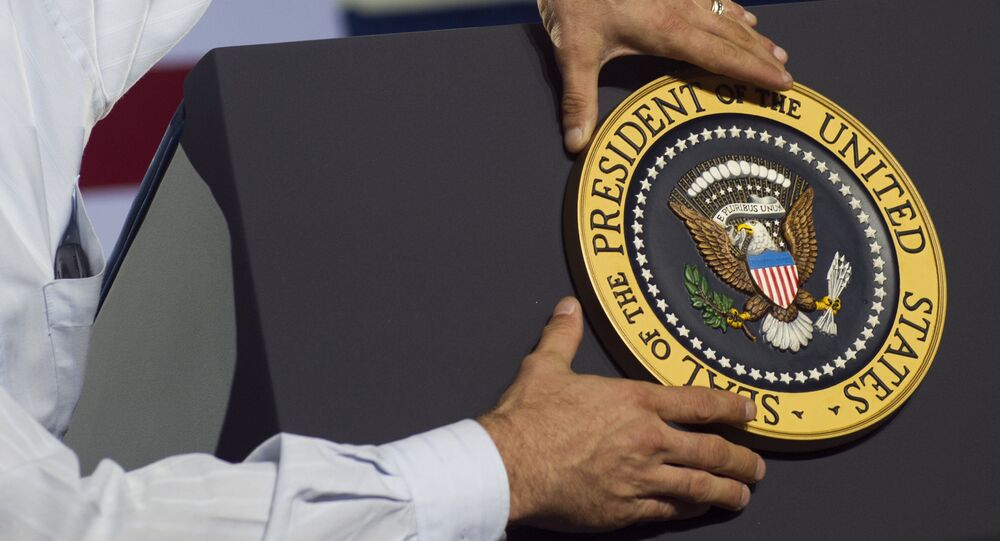 The next US administration will need to soberly reassess the results of Washington's decade-long foreign policy and find a healthy balance between the use-of-force approach and successful diplomacy, experts say, turning the spotlight on the US' deteriorating relations with Russia and China.

The next US administration will need to begin with a "sober evaluation" of the world as it is, rather than as the American president and the country's senior officials wish it to be, American foreign policy analysts Dimitri K. Simes, Pratik Chougule and Paul J. Saunders highlight in their article for The National Interest.

"US leaders will need to define vital national interests, with a realistic hierarchy of international priorities. They will need to review the extent to which current policies, including alliances, serve US interests. And they will need to establish clear objectives in relations with rival major powers China and Russia," US scholars noted.

"Then, and only then, will the next president be able to design policies that further both immediate needs and enduring strategic objectives," they stressed.

© Sputnik / Dmitriy Vinogradov
US 'Has no Better Option Than to Keep Trying to Work With Russia' in Syria
Among a number of crucial foreign policy issues, the scholars highlighted the deterioration in relations between the US and Russia, as well as between Washington and Beijing.

The analysts call attention to the fact that few policies have alarmed the Kremlin as much as NATO's expansion.

"A bold move as this almost literally moved NATO to the suburbs of St. Petersburg, incorporating Estonia and Latvia into NATO was especially difficult for Moscow to stomach," the US foreign policy analysts pointed out, adding that the NATO expansion toward Russia's borders have prompted Moscow's suspicions that the bloc remained what it used to be during the Cold War-ear — an anti-Russia alliance.

"Few recall that Vladimir Putin originally sought to make Russia a major part of a united Europe," the analysts reminded their readers.

© Sputnik / Aleksey Nikolskyi
There is 'a Path to Normalization in Relations Between US and Russia'
Against this background, it is understandable why the Russian leadership is seeking to establish new alliances and to bolster the country's defenses, Simes, Chougule and Saunders remarked, adding that the recent collapse of the US-Russian agreement on Syria has added insult to injury.

On the other hand, the scholars continued, Russo-American tensions "are particularly troubling given how maladroitly Washington has approached its other major rival" — China.

According to the analysts, former Secretary of State Hillary Clinton's approach toward Beijing to some extent contributed to the deterioration in bilateral relations between the US and China. For its part, Obama's "Asian pivot" has further exacerbated the situation.

"President Obama's 'pivot'-now known as 'rebalance'-to Asia lent further credence to Chinese concerns over a hostile US containment and regime-change policy," they emphasized, bemoaning the fact that under Obama "this pattern of needlessly provoking China has become the norm."

© REUTERS / Ng Han Guan/Pool
Duterte's Change of Heart Triggers Deep Concerns in Washington
While the next administration will need to correct the US' foreign policy course there are certain obstacles in the way of strategic change.

"If the next president pursues a new strategy, he or she should expect resistance from America's entrenched foreign-policy establishment… Recent fiascos from Iraq to Libya have been bipartisan affairs, and many will seek to defend their records. Similarly, foreign-policy elites in both parties have internalized the notion that 'American exceptionalism' is a license to intervene in other countries and that 'universal aspirations' guarantee American success," US scholars warned.

For his part, Philip Giraldi, a former counter-terrorism specialist and military intelligence officer of the United States Central Intelligence Agency (CIA), notes that the direction of the US foreign policy depends on who will occupy the While House following the November election.

He draws attention to the fact that in contrast to Republican presidential nominee Donald Trump, Hillary Clinton has repeatedly signaled that she will pursue a tougher policy toward Russia and China than her predecessor, Barack Obama, if elected.

"Unfortunately, she [Hillary Clinton] would find little opposition in Congress and the media for an extremely risky foreign policy, and would benefit from the Washington groupthink that prevails over the alleged threats emanating from Russia, Iran, and China," Giraldi writes in his op-ed for The American Conservative.

© AFP 2020 / Adrian DENNIS
'Strong Evidence': West's Saber-Rattling Against Russia Spells Trouble
In an interview with Svobodnaya Pressa, an independent Russian media outlet, Vladimir Bruter, an expert on foreign affairs with the International Institute of Humanitarian and Political Studies and the Valdai International Discussion Club, suggested that the US is unlikely to switch from the policy of diktat to the policy of dialogue in the near future.

The expert highlighted that the US still remains a military power second to none. At the same time, the US' concept of "American exceptionalism" is built on foundations of sand: the United States is a relatively young state; it has not always been a hegemon and won't maintain its global dominance forever. In light of this, Washington needs to reconcile itself with a new multi-polar reality and take other geopolitical players' interests into consideration.