The United States has found itself bogged down in the Middle Eastern conflicts; two questions then arise: why Washington can't win and since it has not won, why it can't get out of the Mideast quagmire, American historian Andrew J. Bacevich asks.

In his article for Politico Magazine Andrew J. Bacevich, Professor of International Relations and History at Boston University, draws historic parallels between the World War I bloody stalemate on the Western Front and an analogous stalemate Washington has found itself stuck in in the Middle East and Islamic world in general.

"To reflect on this longest of American wars — why it goes on and on, and at such a cost of blood and treasure — is to confront two questions… In short, why can't we win? And since we haven't won, why can't we get out?" Bacevich asks. 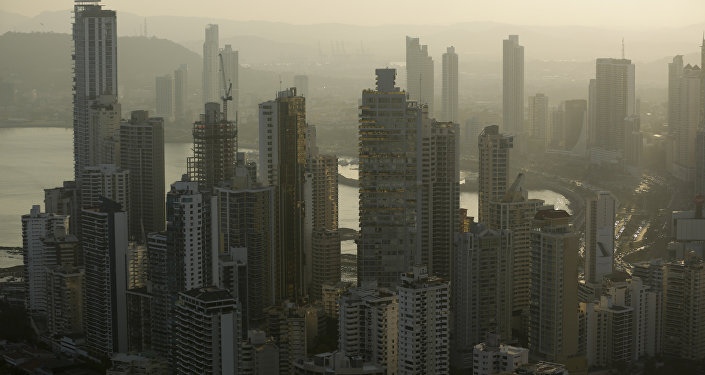 © AP Photo / Arnulfo Franco
Behind the Curtain: Who is Really Managing the Panama Papers Leak
According to the US historian, the problem is that Washington has endorsed "the misguided militarization of US foreign policy," while trying to "shape" the region "through martial means."

Bacevich recalls that the idea of "shaping" the global order originated in the 1992 military doctrine propelled by then-Undersecretary of Defense for Policy Paul Wolfowitz.

The collapse of the USSR prompted Washington to regard itself as the sole hegemon, capable of shaping the "new world order."

Alas, "Wolfowitz and other leaders of the foreign policy establishment vastly exaggerated the US military's capacity for shaping the global order. The Middle East has proved particularly resistant to US 'shaping.' Instead, the presence of US forces has engendered considerable resistance," Christopher Preble, the vice president for defense and foreign policy studies at the Cato Institute, remarks, commenting on Bacevich's article.

However, for a long period of time the US political establishment viewed the Middle Eastern region as its own playground.

© REUTERS / Esam Omran Al-Fetori
Why US Invasion of Libya Was Hardly a 'Humanitarian Success'
In the Middle East US military forces "bombed, raided, invaded, occupied and worked through proxies of various stripes." Meanwhile, Washington policymakers — both Republicans and Democrats — were lulling themselves into the illusion that "US military power will somehow put things right."

What lies at the root of this failure? There is one possible explanation, Bacevich believes: "In stark contrast to the Cold War, American purposes and US military policy in the Islamic world have never aligned." Instead of mitigating risks the US military activism has been creating new threats.

To add insult to injury, there is no consistent understanding in Washington of "what the United States is fighting for and whom it is fighting against" in the Middle East, the US scholar underscores.

As a result of this inconsistent foreign policy strategy Washington has found itself in a vicious circle of a perpetual war.

"Time and again, from the 1980s to the present, US military power, unleashed rather than held in abeyance (as it was for most of the Cold War), has met outright failure, produced results other than those intended, or proved to be largely irrelevant," Bacevich stresses.

© AP Photo / Susan Walsh
US-Turkey-Saudi Arabia Arm Terrorists with Surface-to-Air Missiles in Syria
Echoing the historian, Preble calls attention to the fact that in reality the Middle East has never been as important for US national interests as it is usually depicted.

"The Middle East was never actually that important to the United States, a point that others have made, and well, and the region has become even less important with the passage of time," Preble stresses in his article for the National Interest.

The scholars underscore that it the time has come to stop the "hopeless" war in the Middle East.

"If Washington persists with its grandiose plans for reshaping the region, and the world, we must assume that they have ignored Andrew Bacevich's cogent analysis. But they can't say they weren't warned," Preble emphasizes.