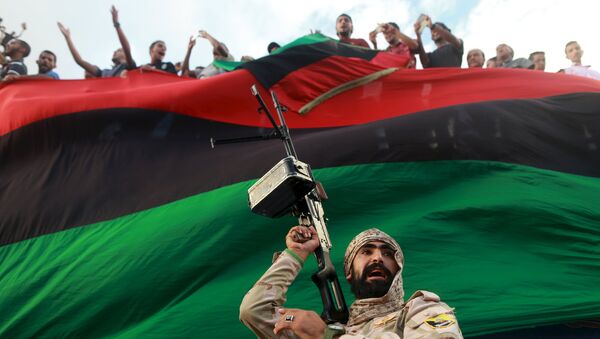 Washington should take it at face value: the US' Libyan intervention was by no means a humanitarian success, American scholar Benjamin H. Friedman notes.

Those who praised Washington's Libyan military campaign as "a model intervention," at the same time closed their eyes to the chaos that engulfed the country following the US-NATO invasion, Benjamin H. Friedman, a research fellow in defense and homeland security studies at the Cato Institute, notes.

In his article for the National Interest the American scholar argues with Shadi Hamid of the Brookings Institution. In his analysis for Vox, Hamid, a proponent of the US invasion of Libya, claims that most of the criticism of the intervention does not hold water.

"Critics erroneously compare Libya today to any number of false ideals, but this is not the correct way to evaluate the success or failure of the intervention. To do that, we should compare Libya today to what Libya would have looked like if we hadn't intervened. By that standard, the Libya intervention was successful: The country is better off today than it would have been had the international community allowed dictator Muammar Gaddafi to continue his rampage across the country," Hamid underscored.

Why US Neocons Want to Position More Militants in Syrian War Zone
But the devil is always in the details.

There is no evidence to confirm Hamid's assumption, that Muammar Gaddafi was about to launch an all-out war against the people of Libya, Friedman underscores.

"As people like me, Daniel Larison, Steve Walt, Steve Chapman and especially Alan Kuperman point out, when Gaddafi's forces had the chance to slaughter civilians in rebel towns, they committed some war crimes, but did not engage in wholesale slaughter," Friedman writes.

Furthermore, the US scholar expresses doubts that the Libyan civil war would have escalated to Syrian proportions. "No mass slaughter was imminent in Libya," Friedman underscores.

"A more likely outcome is that casualties would have continued at roughly their 2011 pace- about one-fifth the annual toll in Syria," he stresses, adding that the Libyan leader was targeting armed rebels, not peaceful civilian protesters.

In Pilate's Footsteps: Congress Washes Its Hands of Responsibility for Wars
The idea that the US' primary goal was to save Libyans from the "dictator" is half-true. The intended purpose of Washington's military intervention in Libya was, in the first place, regime change.

"The intervention extended the war's duration about sixfold; increased its death toll approximately seven to ten times; and exacerbated human rights abuses, humanitarian suffering, Islamic radicalism, and weapons proliferation in Libya and its neighbors," he stressed.

Riyadh's Dirty Secret: Saudi Arabia Thirsty for Yemeni Oil, Gas Reserves
If Washington and its NATO allies had not stepped in, Gaddafi could have won the battle.

Friedman recalls that Gaddafi's successful advance back in March 2011 became a trigger for NATO's military action, which resulted in chaos and the collapse of the state.

"Intervention made the state's collapse likely by sweeping aside the existing order and handing power to disorganized militias," the US scholar emphasizes.

In this context an old Arab proverb comes to mind: "Better a century of tyranny than one day of chaos."