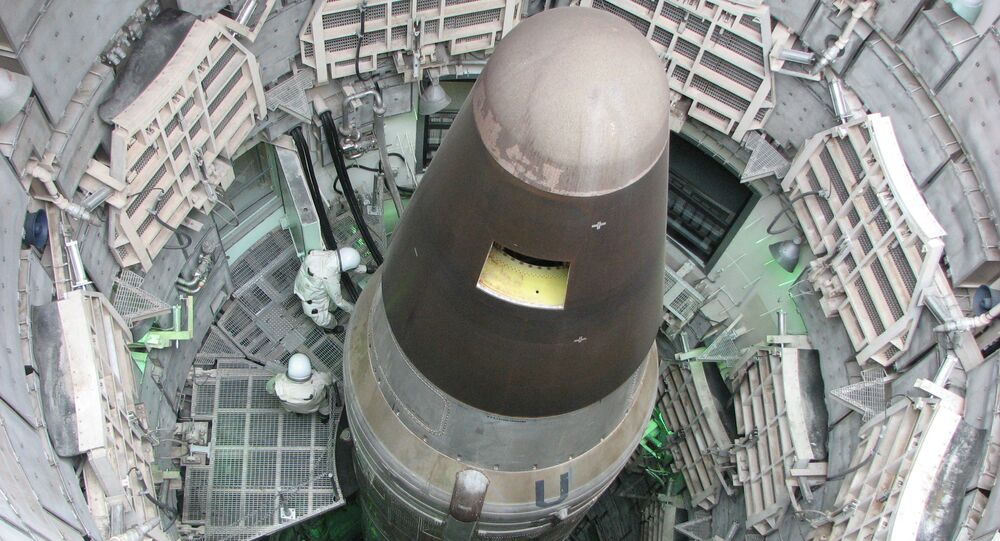 According to prominent American writer and publicist David A. Andelman, Washington is facing a new arms race, potentially far more threatening than during the Cold War.

"All that is history. But not the arms race. It's still going on, though in a vastly different, expanded and far more expensive format that's potentially even more threatening. And this time we may be losing," the writer stressed.

© AP Photo
China Builds World's Fastest Tank Gun
Meanwhile, China is modernizing its People's Liberation Army at a steady pace. China's defense expenditures now amount "for more than a third" of all military spending in Asia. Furthermore, Beijing has already launched its first aircraft carrier Liaoning, a renovated 302-meter former Soviet vessel, and is currently building a second one, which is expected to be far more advanced.

According to the writer, China's military spending last year amounted to $216 billion, while Russia had spent only $84.5 billion. In contrast, the United States annually pours more than $600 billion in its military sector.

However, Mr. Andelman remarked that "such numbers don't tell the full story."

"Today's new arms race is not just with Russia, but an integral part of today's multipolar world. And certainly it's more expensive, in part because of the multinational, multidimensional threats…  At the same time, we must not be distracted from our greatest, potentially existential, threats: terrorism and its special warfare requirements, and the cyber arms race," he stressed, insisting that China and Russia are matching the US here "step for step."

© Flickr / Historical Records
Ready, Steady, Go! US Set to Usher in Era of New Nuclear Arms Race?
The author believes that Washington should spend more if it wants to come out on top, slamming the Senate for voting down an essential appropriations bill, after it approved a $600 billion defense budget.

At the same time Mr. Andelman pointed to the Pentagon's decision to supply heavy offensive weapons to the Baltic states and Poland, "all NATO members directly on Russia's frontiers."

"None of this should suggest that any armed conflict is imminent. But it's quite clear that on multiple fronts this time, we're in a new arms race, with no clear winner," he highlighted.

US Nuclear Weapons Talk: 'A Great Deal of Concern' for Europe

US Defense Secretary to Allies: Throw Out the Cold War Playbook