NATO, US Muscle Flexing Pulls Nukes Back Into Global Game of Thrones 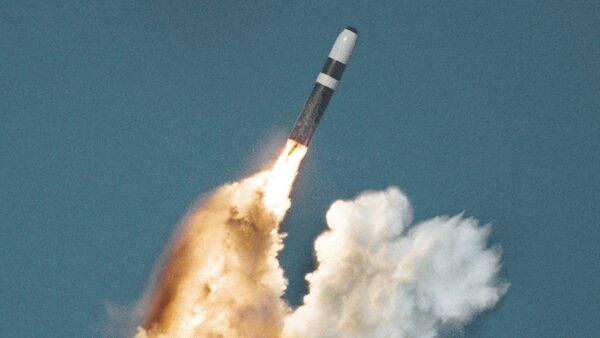 Russia's Nuclear Might Slashing US Hopes of New American Century?
Five years ago, in 2010, the leaders of Russia and the United States signed the New START Treaty, which requires both countries to reduce the number of nuclear warheads on deployed delivery systems and limit the amount of delivery systems, including intercontinental ballistic missiles (ICBMs).

A year earlier, US President Barack Obama vowed to "pursue constructive relations with Russia on issues of common concern" and specifically to usher in a world without the deadliest armaments of them all.

"So today, I state clearly and with conviction America's commitment to seek the peace and security of a world without nuclear weapons," Obama promised.

The New START Treaty was supposed to move the world in the right direction and has managed to do that but the US and NATO actions could undermine the effort.

"The total number of nuclear warheads in the world is declining, primarily due to the USA and Russia continuing to reduce their nuclear arsenals, albeit at slower pace compared with a decade ago," the Stockholm International Peace Research Institute (SIPRI) said in its annual report, released in June.

NATO Unhappy Over US Nukes in Europe - German Media
Despite this trend, nuclear weapons are staging a comeback in terms of their significance in global affairs due to recent developments, including the civil war in Ukraine, Russia's alleged involvement in its neighbor's affairs and the West reaction to it, Süddeutsche Zeitung asserted.

"This has become especially apparent after Vladimir Putin announced plans to add some 40 ICBMs to Russia's strategic forces. This was his response to NATO plans to reinforce its military presence on the bloc's eastern borders," the German newspaper said.

SIPRI noted that both Russia and the United States are implementing "extensive and expensive long-term programs" to modernize their nuclear delivery systems, warheads and production.

But Moscow does not seem to be the one who is throwing sand in the wheels of a never smooth but still ongoing process to rid the world of nuclear weapons.

According to some reports, Washington wants to deploy nuclear missiles to Europe under the unfounded pretext that Russia violated the INF treaty by testing a ground-launched ballistic missile that had a range between 500 and 5,500 kilometers. This type of weapons is banned under the bilateral 1987 agreement.

Putin: US Exit From ABM Treaty Pushes Russia Into New Arms Race
Worth mentioning is the defunct AMB Treaty, which limited the anti-ballistic missile systems. The United States withdrew from the 1972 agreement in 2002 pushing Russia to a new round of the arms race, Putin said at the St. Petersburg International Economic Forum on Friday.

Since then, Washington significantly expanded the development and the number of its missile defense systems in Central and Eastern Europe. Russia considers these initiatives a threat to its national security, warning that they are also damaging for regional security.

BREAKING:US floods NATO states with nuclear weapons, aegis systems & tanks. Nothing dodgy about that at all, heres mandy with the weather…