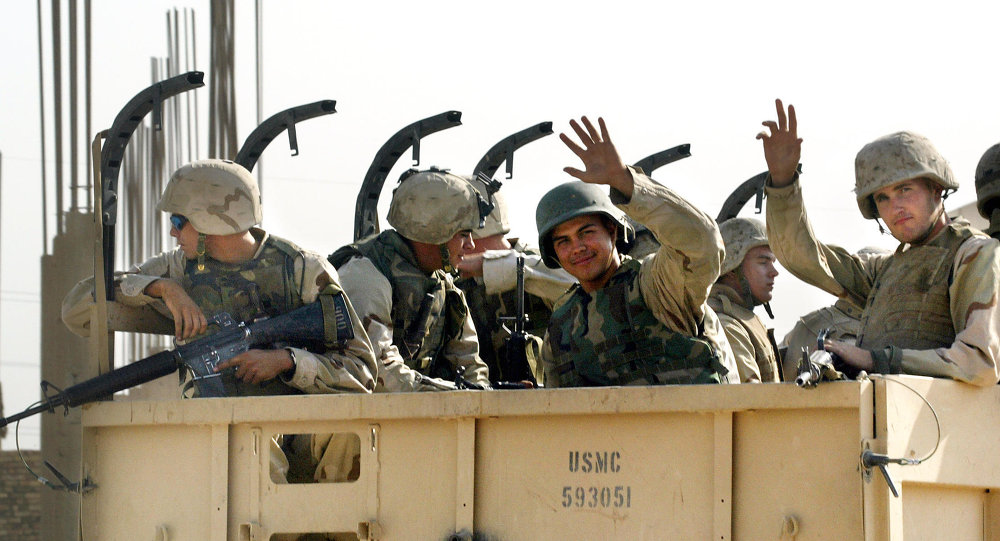 The specter of the US' infamous Iraqi war still haunts Washington: following in the footsteps of George W. Bush, US President Obama is getting bogged down in another controversial Middle Eastern war with no end in sight.

"The Iraqi government believes that international efforts to prevent ISIL's penetration into the country are insufficient. The Iraqi government's assessments show that the anti-ISIL coalition efforts have not been enough since the terrorists are still infiltrating Iraq and their number has not reduced," Saad Hadithi underscored in an interview with Iran's Fars News Agency (FNA).

© AP Photo / Karim Kadim
It’s Not Just Troops: US Plans to Open New Military Base in Iraq
Indeed, the US-led coalition still cannot boast of any significant progress in its ongoing military operation against ISIL in Iraq and Syria. Furthermore, the Obama administration is currently under fire for not having a strategy or clear objectives in their combat against the Islamists, although Washington has been fighting the terror movement for almost nine months.

It should be mentioned that the White House has neither an official congressional authorization for its military campaign in Iraq and Syria, nor provided US law-makers with a compelling reason why the war can be regarded legal without it.

© AP Photo / Khalid Mohammed
Pentagon: Iraq Likely to Split Into Three States
Meanwhile US President Obama has announced his plan to establish a second training site for Iraqi troops in war-torn Anbar province and to send an additional 450 US military trainers to Iraq.

"In his secretive and expansive view of presidential powers, some experts see Obama following the lead of his predecessor, George W. Bush," McClatchy DC's analysts stated.

"More significantly, by not setting out its legal case in public documents, Obama may be trying to preserve his flexibility to authorize new operations against the Islamic State or other extremist groups elsewhere, unfettered by constraints that could be imposed by Congress," the analysts warned.

Like his predecessor George W. Bush, Barack Obama is dragging his country into another dubious Middle Eastern military campaign with no end in sight.

© AFP 2019 / SAM SKAINE
Syrian Army, Hezbollah on a Roll Pushing ISIL, al-Nusra From Qalamoun
Almost 12 years ago, on May 1, 2003, US President George Bush delivered his notorious address, later dubbed "the mission accomplished" speech, claiming that major military operations in Iraq had ended. However, since the speech about 149,053 Iraqi civilians and 4,637 military personnel of the US-led coalition have been killed according to the Iraq Body Count and the Iraq Coalition Casualty Count. Moreover, the overall US spending on the Iraqi war amounted to $815.8 billion with 93 percent of the total sum spent after 2003, according to Washington DC-based journalist Jesse Rifkin.

It seems that the lesson has not been learnt and regardless of the fact that Obama declared the US Iraqi mission over in August 2010, the White House is again beefing up its military presence in the troublesome region.

Remarkably, some experts call into question Washington and the US-led international coalition's true goals in Iraq. For instance, Canadian lawyer Barry Grossman suggested that the anti-ISIL operation is in fact a smokescreen used by Washington and its closest Middle Eastern allies to divert the public attention from their plans to destroy Syria and destabilize Iraq and Iran.

"NATO also has no mandate or legitimate interest which justifies direct military involvement in Iraq and Syria at this point. Moreover, the US-led alliance is entirely ill-conceived… This Coalition of the Absurd [anti-ISIL coalition] is little more than a US directed Vaudeville performance played out to cover an a priori decision to obliterate Syria and, if possible, draw Iran into a conflict while still further destabilizing Iraq," Mr. Grossman told FNA. 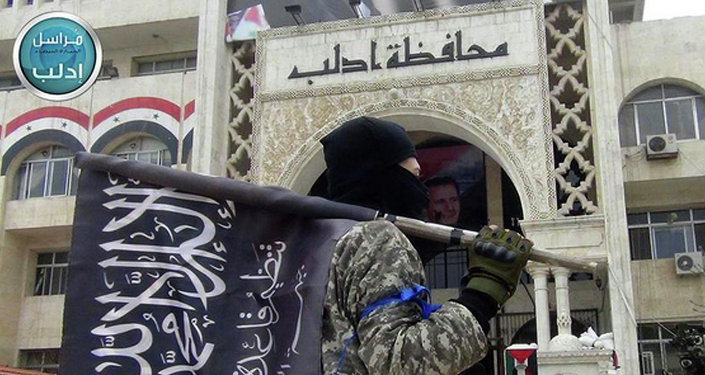 © AP Photo / Al-Nusra Front Twitter page
Syrian Conflict a Battle in Fourth Generation Warfare Unleashed by West
Indeed, while the US war against ISIL was gathering pace, the Pentagon announced on January 16, 2015, it would deploy hundreds of US military personnel in Turkey, Qatar and Saudi Arabia in order to train and equip the so-called "moderate" Syrian rebels, elaborating that the new force initially comprising of about 5,000 fighters was expected to deal a lethal blow to Syrian President Bashar al-Assad and Islamic State. (It is worth mentioning that the White House has repeatedly stated that it considers al-Assad an illegitimate leader, ignoring the fact that the Syrian President had been democratically re-elected in June 2014). 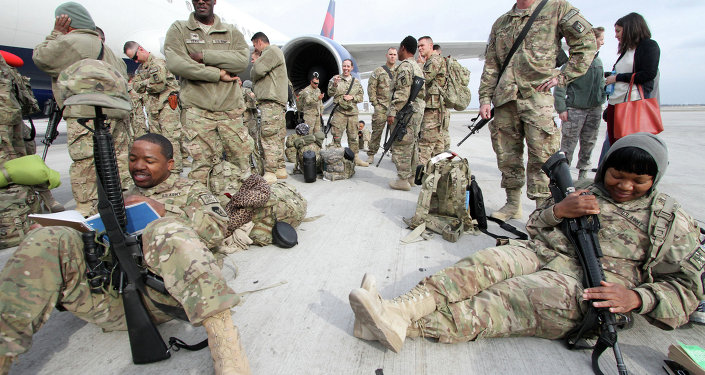 © Sputnik / Vladimir Pirogov
12 Reasons Why US Does Not Want to Win Wars It Instigates Worldwide
While academics and military experts are blasting Washington for its inefficient military campaign against ISIL, which continues gaining ground in the Middle East and beyond, the US influential Brookings Institution is hailing a joint operation carried out by US-backed "moderate" rebels and "conservative Syrian Islamists" including al-Qaeda affiliate Jabhat al-Nusra and other jihadi groups against the military forces of Bashar al-Assad in Syria.

There is something sinister about Washington's inability to restrain the Islamists in the Middle East, experts say, adding that it seems that the United States has no interest in ending wars it enters. Indeed, it fully complies with Washington's "perpetual war" doctrine. The question remains open for how long the US economy and American taxpayers will be able to bear the burden of the US' "endless" military adventurism.

Critics Slam US Over Failure of Bombing Strategy in Iraq