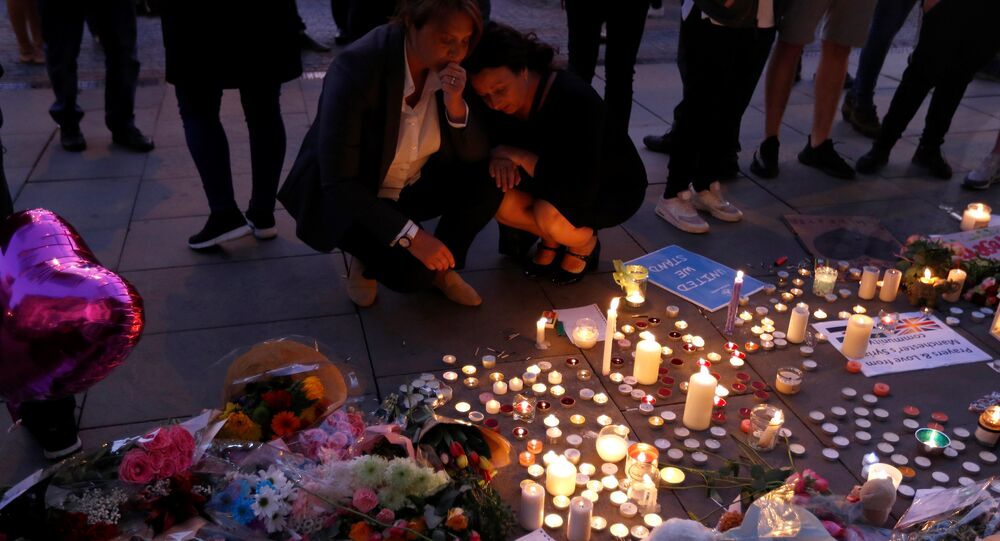 The Most Despicable Man in Britain? Manchester Bomb "Hero" Was Just Common Thief

He was initially hailed as a hero in the wake of the Manchester Arena bomb attack - now Chris Parker has been described as a common thief after being jailed for four years and three months having admitted stealing a purse and mobile phone from the victims he was alleged to have helped.

Passing sentence, Judge David Hernandez told the 33-year-old man, who was homeless at the time, "You stole from people who were seriously injured at a time when others were either dead or dying. It is hard to contemplate a more reprehensible set of circumstances. You presented yourself as a hero. Sadly you were not the hero that you pretended to be, you were just a common thief."

"The true spirit of Manchester was displayed by the actions of ordinary citizens of Manchester as well as the emergency services who went to the assistance of those injured that night," the judge added.

Mr. Hernandez accepted Parker had offered "limited" assistance to some of those injured, including offering a T-shirt from the merchandise stand to a small girl as well as holding a mobile phone to an injured woman's ear after her husband had called.

This man has just been jailed for stealing from the victims of the #Manchester arena attack, and taking photos of them in the immediate aftermath. What a vile and repugnant act: https://t.co/mIGwYI3GrX pic.twitter.com/pabp9zan8y

That Bastard that stole off them poor people in the Manchester Arena bombings, this man has just been jailed for just over 4 yrs. This man should have had the kitchen sink thrown at him for stealing off the dead, how sick are you when people are dying, you make yourself a hero

The court heard, however, Parker had an ulterior motive and stole a purse from one woman before using her debit card in a McDonald's fast-food outlet. He took also a mobile phone belonging to a teenage girl, who had been badly hurt in the attack.

Parker later ignored calls from the 14-year-old's friends and relatives desperate to find out if she was okay. He did, however, hand it over to the police the following morning.

In a victim impact statement, the teenager's mother said she was appalled to learn what Parker had done. "I was just astounded as I thought that I had seen the worst thing that a person could do to others and this was yet another blow as to how despicable people could be."

Pauline Healey, who was seriously injured along with her daughter while waiting for her grandchildren, said in her statement told how she remembered seeing Parker.

Louise Brandon, prosecuting, told the court how Mrs. Healey told of her "initial sense of relief when the defendant approached, believing that he was there to help the seriously injured."

© AP Photo / Peter Byrne/PA
British Police Make Tenth Arrest in Connection to Manchester Bombing
When the truth later emerged, however, the mother — whose 14-year-old granddaughter Sorrell Leczkowski died in the May 22 attack — said she was at a loss to understand "how another person could look to exploit such an attack for his own self-gain whilst surrounded by a scene of tragedy and suffering."

The court heard Parker took a picture of them as they lay in the foyer before selling it to a journalist for £100 (US$141).

Parker later lied to the media about his role in assisting the victims, which earned him "hero" status and prompted a crowdfunding effort that raised more than £50,000. He never received any of the money, however, with all the donations being refunded after he pleaded guilty on January 3, 2018, to two counts of theft and one fraud charge. He had earlier skipped bail over Christmas and failed to attend his trial on 2 January, only to be later arrested by police hiding in an attic in Halifax.

Prosecutors said the defendant provided "some limited assistance" but that he also took the opportunity to commit the thefts immediately after the atrocity.

“You represented yourself as a hero. Sadly you were not the hero you pretended to be. You were just a common thief.”

Judges words, as man is jailed for stealing from the victims of the Manchester Arena attack as they lay injured. GMP Facebook update: https://t.co/fEYQePZIdd pic.twitter.com/MaeLVOgrCZ

In court on January 30, his barrister John Broadley said Parker had asked him to apologize and express his "deep sorrow and shame" — although the lawyer admitted this would be greeted with "an element of cynicism."

Parker was given two four-year sentences for the theft charges and 18 months for the fraud charge, to run concurrently. He was also given three months for breaking bail. A criminal behaviour order has also been placed on him, banning Parker from Manchester city centre for 10 years.

Speaking to the media afterwards, Supt. Chris Hill from Greater Manchester police, said: "No matter what personal circumstances you might find yourself in, to steal from injured and terrified innocent people is deplorable. "Parker exploited these people when they were at their most vulnerable and needed the help of those around them.

"I cannot begin to imagine what they have been through and I want to thank them for their courage," he said.

The bombing atrocity claimed the lives of 23 people, including the bomber, as well as injuring more than 500 people, many of them youngsters excited at seeing their favourite pop star live in concert.

Daesh later claimed responsibility for the attack which involved a shrapnel-laden homemade bomb that was detonated as many of the concert-goers left the arena, in the heart of Manchester.

Police later said the bomber, Salman Ramadan Abedi had acted alone, although others had been aware of his plans.