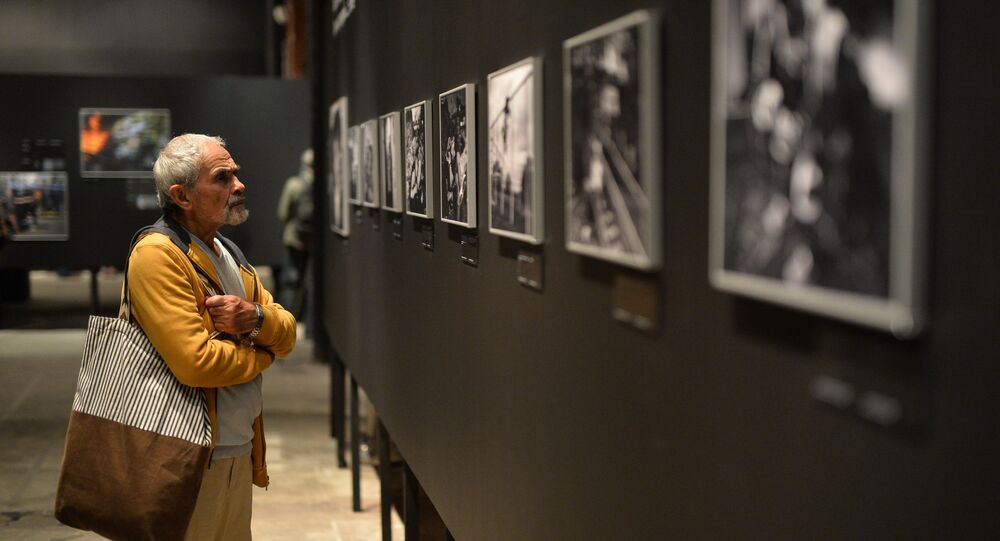 The full list of jury members for the Andrei Stenin International Press Photo Contest, organized by Rossiya Segodnya under the patronage of the Russia’s Commission for UNESCO, has been published on the contest’s official website.

Entries are accepted at stenincontest.com until March 22, 2017. The awards ceremony and the opening of the contest’s photo exhibition will be held on September 14, 2017, in Moscow.

Ian Landsberg, photo editor at Independent Media: "Andrei Stenin International Photo competition is a powerful incentive to young visual storytellers around the world to capture and document not only the sad realities of conflict and disaster, but also the hopes, aspirations and dreams of the people they documenting. Founded on the precepts of courage and professionalism, as portrayed by slain Russian photojournalist Andrey Stenin — after whom the competition is named ­– the contest provides the international exposure and visibility needed by young photojournalists eager use their artistry and ingenuity to make a difference in the lives of others."

Vladimir Pesnya, Rossiya Segodnya photojournalist and World Press Photo winner: "For any creative person, it’s important to hear words of encouragement and the appreciation of colleagues and outstanding professionals, especially at the start of your career when it’s easy to get discouraged and decide that it’s all beyond you. Recognition at a major international competition is great support for a young photographer. I am convinced that the contest, named after my colleague Andrei Stenin, has high standards for photojournalism and will serve as a springboard for many young photojournalists."

Chen Qiwei, Editor-in-Chief of Xinmin Evening News: "It is a great honor to be a judge of the Andrei Stenin Press Photo Contest 2017, and work together with many internationally renowned masters in the field of photography. The contest provides a platform for outstanding young photographers to display, communicate and promote. The contest in 2016 was a great success, and I hope to see even more and better works this year. I also hope the exhibition of winning entries this year in Shanghai will help more Chinese people to learn about these young photographers and feel the beauties their works possess."

The contest is open to participants aged 18 to 34. It is Russia’s only international platform for discovering new photojournalists and supporting young professionals. The 2017 contest will include four categories in which young photographers can vie for awards: Top News, Sports, My Planet, and Portrait: A Hero of Our Time. Following the voting, the jury will award prizes to the top three in each category and present a Grand Prix award.

The 2016 contest received 6,000 entries of young photojournalists from 71 countries. Winning photographs have been exhibited in Moscow, Istanbul, Cape Town, Shanghai, Beijing, Cairo, Berlin, Rome, Maribor and Ljubljana. The Grand Prix in the 2016 contest went to Italian photographer Danilo Garcia Di Meo for a photo series about paralyzed young woman, Letizia. The series won the hearts of the jury and, as a result, Letizia made her first ever foreign trip to Russia to tell her story in person and inspire people in similar situations.

Andrei Stenin Photo Contest Winners to Be Displayed at FotoIstanbul-2016