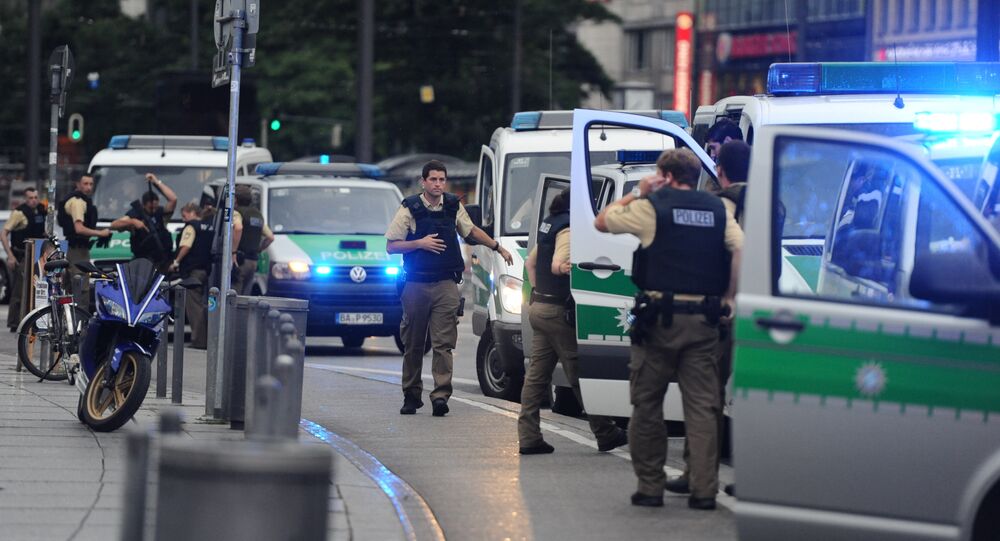 Munich Police announced that only one shooter is responsible for Friday's terror attack that left at least 10 dead and 20 people hospitalized when the gunman took aim at shoppers near a mall in Munich. He has been identified as being 18 years old and a German citizen of Iranian origin.

On Friday, a shooter took aim at shoppers at a mall near the 1972 Olympic stadium, an attack that left at least ten dead and another 20 hospitalized leaving German officials to scramble to piece together the motive and the nature of the incident.

​Earlier in the day, police believed there were three shooters responsible citing eyewitness accounts from individuals on the scene. Conflicting reports came in as to the identity of the shooter and the motive for his attack. Some witnesses said that the shooter was cursing immigrants and Turks while yelling at victims that he was German. Another witness, however, claims that the shooter yelled "Allahu Akbar" before training his weapon on children.

​Police confirmed that a person connected to the attack is among the ten dead saying that the individual committed suicide. The individual was wearing a red bag like the shooter in a video released earlier in the day. The police checked the suspect's bag with a bomb robot, but found no explosives.

​​German authorities have also opened up public transportation to the public, a sign that many are taking as indicative of an all clear. Police have not confirmed, but the incident no longer appears to be an active shooter situation telling the public that there is a "cautious all clear."