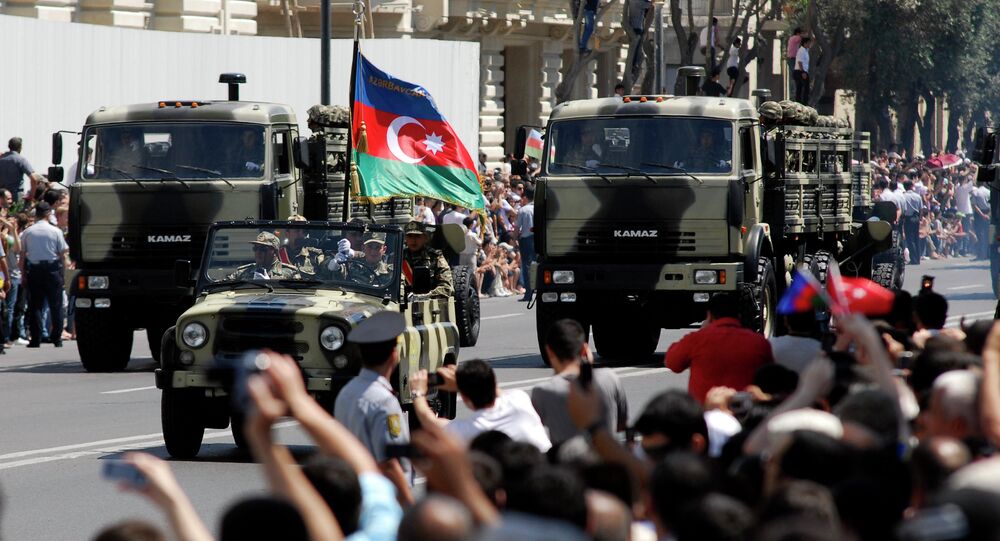 Azerbaijan Becomes Europe’s No. 2 Arms Importer, Gets Most From Russia

Azerbaijan was the second-largest arms importer in Europe over the past five years, according to a new eye-popping report from the Stockholm International Peace Research Institute, an arms trade research group.

Situated along the western banks of the Caspian Sea, Azerbaijan accounted for 13% of all of Europe's arms imports over the last five years, behind only the United Kingdom.

The former Soviet state also is the world’s fourth-largest importer of drones since 1985, trailing only the UK, India and Italy.

Those numbers have contributed to the swell in Azerbaijan’s defense budget, which has seen the second-largest increase in the world over the past ten years, according to SIPRI.

Azerbaijan acquired 85% of its arms from Russia – a particularly striking figure considering Moscow’s alliance with Armenia, which is bracing for renewed conflict with Azerbaijan over the disputed territory of Nagorno Karabakh.

Despite a 1994 ceasefire brokered by Russia, Azerbaijan and Armenia have continued to engage in skirmishes over the region, which lies in Azerbaijan but is populated primarily by ethnic Armenians.

The SIPRI report also found that between 2010 and 2014, there were 439 drones exchanged around the globe compared to 322 in the five years prior to that. Armed drones with the capacity to kill account for 11 of the 439 drones, or 2.5%.

Despite the increase in trading, drones made up just 0.3% of all major arms trade between 2010 and 2014, according to SIPRI.