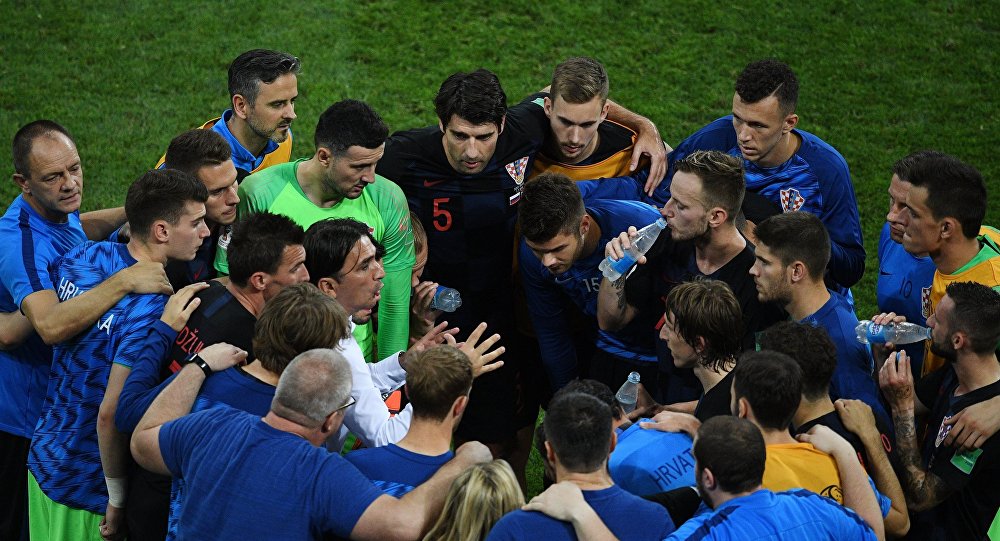 MOSCOW (Sputnik) - Croatia head coach Zlatko Dalic said on Tuesday that the current generation of the country's players has been underestimated with his team reaching the semi-finals.

"I think, the current generation of Croatian players has been underestimated. Croatia is remembered as a team who earned third place in 1998 [the 1998 FIFA World Cup in France]. Our players are at the strongest clubs, Real [Madrid], Barcelona, and show their best in Russia," Dalic told journalists.

Croatia beat Russia on penalties in Sochi on Saturday to book a spot in the World Cup semi-finals, where they will face England in Moscow on Wednesday.

Commenting on the team's success during the tournament, Croatia defender Dejan Lovren stated that a chance to advance to the final of the FIFA World Cup could be a once in a lifetime opportunity for a football player.

"We know what we need to succeed. In moments like this, you forget fatigue, no matter how strong it is. Such a thing [a chance to play in the final] may only happen once in a lifetime," Lovren told journalists.

© Sputnik / Ramil Sitdikov
England Making History at 2018 FIFA World Cup - Head Coach Southgate
The 29-year-old Liverpool player added that he had not been following the inner workings of the England team but knows that they have many strong players, including [forward Harry] Kane, who is a "dangerous opponent", and that he expects the game to be "very interesting and intriguing".

The England-Croatia match is set to kick off at 21:00 Moscow time (18:00 GMT) at Moscow’s Luzhniki Stadium on Wednesday.

READ MORE: England Tossing Chicks During Their Training Ahead of Semi-Final Against Croatia