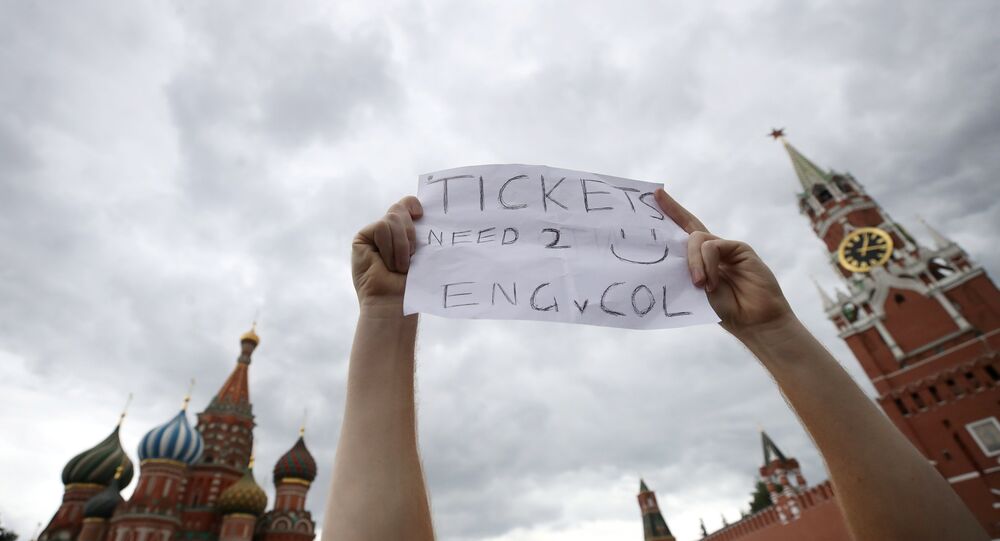 While many argue that truth is stranger than fiction, the undeniable fact is that fiction doesn't provide you with free World Cup tickets! An English blogger got a shocking present from a Russian fan for his unbiased stance on the country.

Theo Ogden, a 17-year-old blogger, received tens of thousands of views on YouTube during the 2018 World Cup in Russia. He visited the country together with his father and launched a travel blog. Theo attended England games at the tournament and shared his impressions with his followers.

The most-viewed piece on his YouTube channel is a video in which Theo and his father talk about their experience in Russia and discuss how it is perceived back at home in England.

Theo said that he hadn't met any hooligans in Russia. Instead, people would give him free rides and were always happy to have a chat. The blogger was also impressed with Russian cuisine.

Good things never last, however, and Theo's three-week trip to Russia came to an end. But his Russia-friendly video has already gone viral, and his request to his followers to share tickets for England's semifinal clash with Croatia was shared by the official Twitter account of Russia's Foreign Ministry.

A Russian fan had contacted Theo and asked him whether he wanted a ticket. After Theo said yes, the Russian guy bought him a ticket because he liked how Theo had portrayed his experiences of Russia.

Theo thanked the Russian fan, calling him a "real legend."

England will take on Croatia in Wednesday's World Cup semifinal in Moscow.