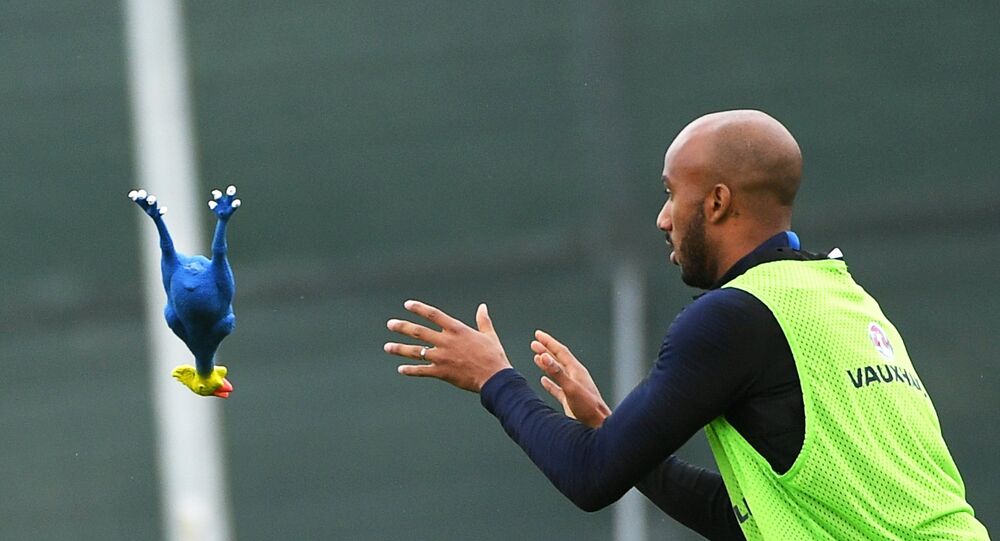 MOSCOW (Sputnik) - England used rubber chickens instead of a ball in one of the exercises during their training session ahead of the 2018 FIFA World Cup semi-final match against Croatia on Tuesday.

Photos showing the unusual way of training were posted on the team's official Twitter account. The team was divided into two groups and played a game of tag with a chicken. After the warm-up, the training session went on as usual.

You’re telling me the day before England play their biggest match in 30 years, our team are preparing by playing catch with multiple rubber chickens?
What a country. pic.twitter.com/mn9gM6aI1F

Commenting on the training, England head coach Gareth Southgate stated that it was aimed to add "a bit of fun" to their preparations for the World Cup semi-final.

"Our physical performance coaches try to keep refreshing the warm-up to keep the players stimulated, so just a bit of fun to get them moving," Southgate told journalists when asked about the purpose of using toys in the training session.

England will play Croatia at Moscow's Luzhniki Stadium on Wednesday, with the kick-off due at 21:00 Moscow time (18:00 GMT).