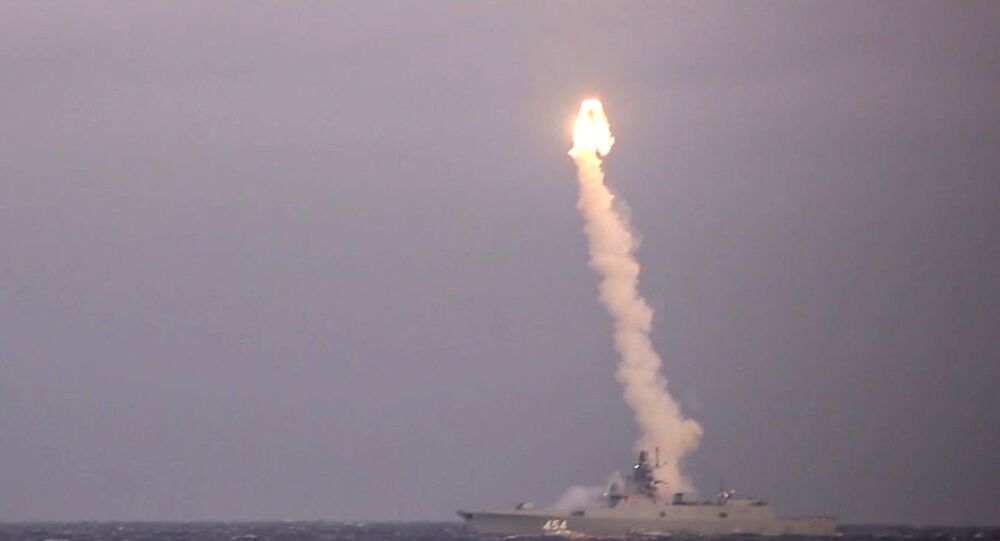 WASHINGTON (Sputnik) - The US Defense Department is aware of the Russian test of its supersonic Zircon missile that took place earlier in the day and considers it a destabilizing activity, Pentagon spokesperson John Kirby said on Monday.

"Certainly, we are aware of [the Russian] President [Vladimir] Putin’s claims [regarding hypersonic missile systems]," Kirby said at a press briefing. "It is important to note that Russia's new hypersonic missiles are potentially destabilizing and pose significant risks because they are nuclear-capable systems."

Earlier on Monday, the Russian Defense Ministry said that the country's Admiral of the Fleet of the Soviet Union Gorshkov frigate successfully fired a Zircon hypersonic missile at a ground target located at a distance of over 350 kilometers (217 miles).

"In the waters of the White Sea, the lead frigate of project 22350, Admiral of the Fleet of the Soviet Union Gorshkov, fired a Zircon hypersonic cruise missile at a ground target located on the coast of the Barents Sea," the Russian Defense Ministry said in a statement.

"According to objective control data, the Zircon missile successfully hit the target by a direct hit at a distance of over 350 kilometers," the statement read on.

Tactical and technical characteristics of the Zircon missile were confirmed in the tests. The flight speed was about seven times the speed of sound.

A source told Sputnik in May that Russia was going to complete Zircon tests for surface ships by the end of this summer, while state tests of the missile system for both surface and underwater launch were expected to be finished by the end of 2021.

In January, Russian Deputy Defense Minister Alexey Krivoruchko said that state tests of the hypersonic Zircon missile were going to culminate in 2021 with submarine launches, opening the way for serial production for the Russian Navy in 2022.

In 2020, three Zircon test launches were carried out from the Admiral Gorshkov frigate, two of them hitting sea targets and one striking a ground target.

JEDI is Dead, All Hail New JEDI: Pentagon Kills Its Cloud Computing Project Only to Start New One