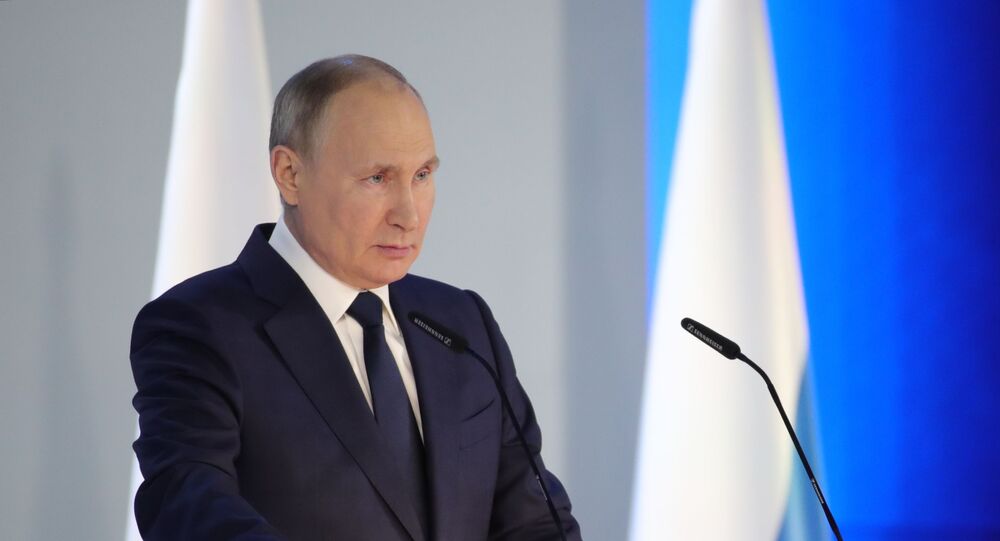 The president’s annual address, given to members of the two houses of Russia’s parliament, plus members of the cabinet, regional governors, and various distinguished guests, outlines his views on the state of the nation, and establishes guidelines for the country’s foreign and domestic policy in the year to come.

Russian President Vladimir Putin gave his annual address to Russian lawmakers and officials on Wednesday, with this year’s speech lasting 78 minutes, and dedicated to a broad range of issues including foreign and defence policy, the economy and social policy, the coronavirus and climate change.

Sputnik has collected the speech’s highlights. A complete readout of the address can be found here.