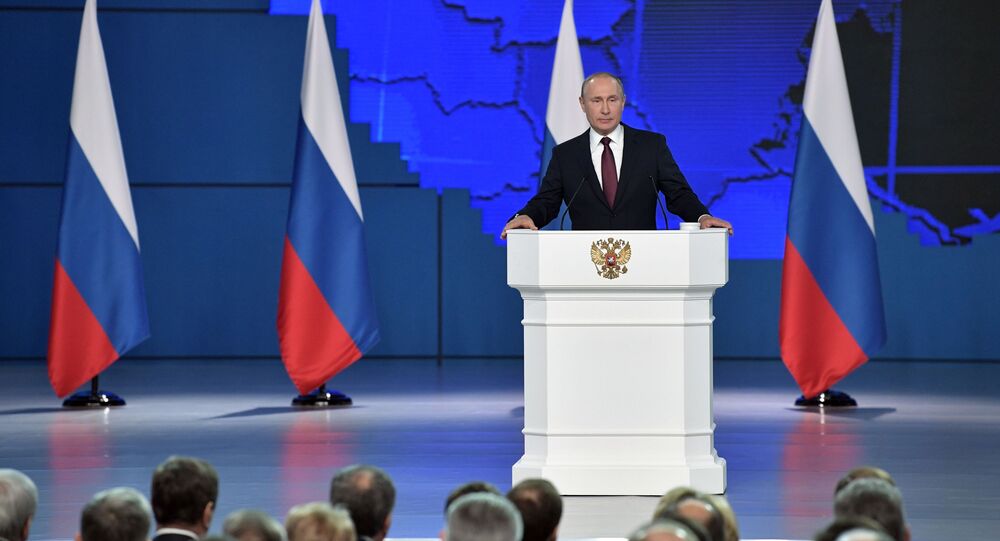 The event, broadcast live by Russia’s main TV channels, is traditionally attended by lawmakers from both houses of the Federal Assembly, cabinet members, regional governors as well as distinguished guests.

Vladimir Putin is delivering his annual address to the nation's parliament in Moscow on Wednesday; this will be his 17th time doing so during his presidency.

Due to the pandemic, only 435 journalists were accredited to attend the event this year, down from 885 in 2020.

The speech is set to outline national priorities for the year ahead, setting objectives to restart the economy and raise living standards as the country emerges from the pandemic crisis.