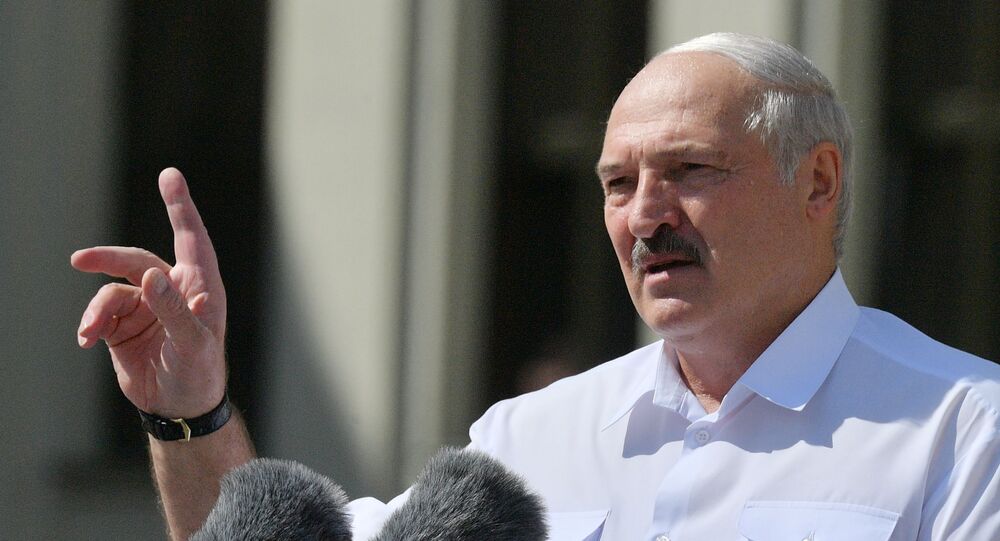 MINSK (Sputnik) - Belarusian President Alexander Lukashenko said Thursday that special services had uncovered plans of the government's opponents to set off explosions in the streets and in buildings.

According to the president, the authorities detained the suspects and discovered illegal weapons and explosive supply chains.

"There are people who disagree [with the authorities], that's understandable. But there are also those who break the law. Many have gotten involved in those activities, including terrorist groups. The State Security Committee will make the facts public in due time about the attempts to explode not just the situation, figuratively speaking, but actually explode buildings and streets in our country", Lukashenko said, as quoted by the Belta news agency.

He also noted that the wave of protests that hit the country last year was meant to topple the government and lead to a subsequent occupation of Belarus.

During the government meeting, Lukashenko also pledged to do everything in his power to protect his country from external threats.

"You should not criticize me for defending my country. It is my constitutional obligation, and I will defend it, no matter what it costs me. It is necessary, whether it is on a tank, in an infantry fighting vehicle, or with a machine gun in my hands", the Belarusian president said, as quoted by the agency.

Mass protests have been occurring in Belarus since presidential elections in August. According to the authorities, Lukashenko gained 80.1 percent of the vote, winning re-election. However, the opposition claimed that politician Svetlana Tikhanovskaya actually won the election, and accused the president of committing election fraud.