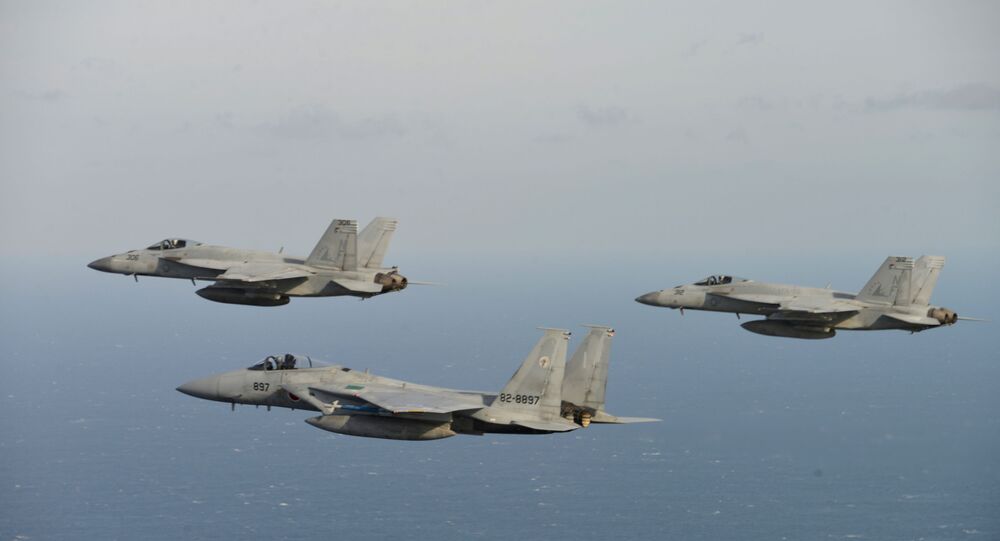 According to previous reports, the rising expenses prompted the Japanese Defence Ministry to order a complete remake of the Japanese F-15 modernisation programme back in April.

Tokyo is considering not re-equipping its F-15 fighter jets with American missiles, according to Kyodo. The report suggests that the JASSM and LRASM cruise missiles, with a range of over 900 km, would require much more funding than Japan had anticipated. However, the final decision has not been made yet.

The decision comes after the Japanese Cabinet dropped its plans last year to upgrade its F-15 fighter jets and exclude the expenses for modernising the aircraft from the fiscal 2021 budget, as the initial cost of those upgrades would be five times higher than they had hoped because of disruptions in the supply of electrical components for the planes.

Thus, the price of modernisation surged from roughly $745 million to $2.2 billion.

Tokyo also had to abandon the deployment of two US-made Aegis Ashore systems due to their cost, which significantly jumped from the initial $740 million per battery.