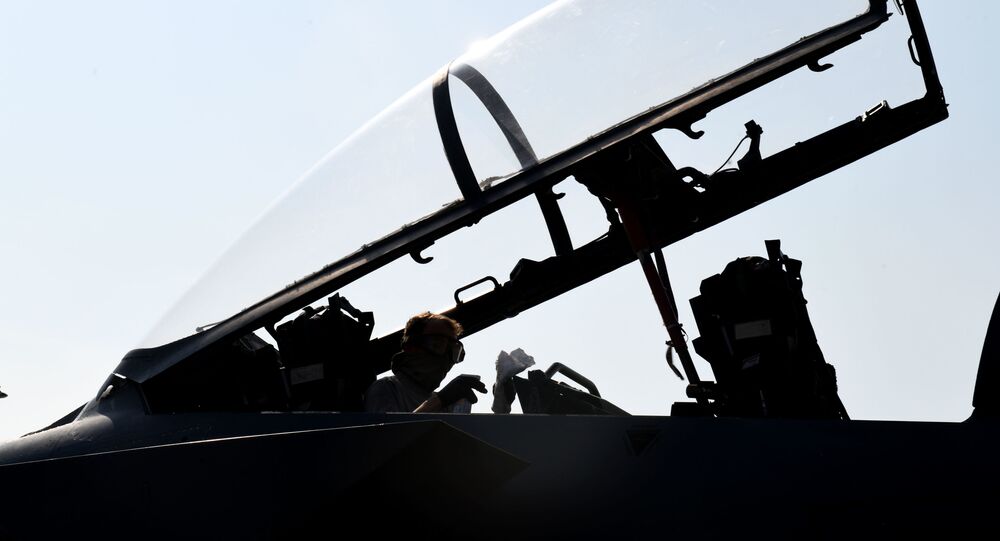 In October, Boeing and Mitsubishi signed an agreement to modernise Japan’s F-15 aircraft so they could carry long-range cruise missiles. The reason why Tokyo decided to upgrade the aircraft was China's intensifying air patrols over the disputed Senkaku Islands, which have been a big issue for the two nations.

The Japanese government has decided to drop plans to upgrade its US-made F-15 fighter jets and exclude the expenses for modernising the aircraft from the fiscal 2021 budget, Kyodo News agency quoted sources as saying on Friday.

According to the report, the decision was made when it became clear that the initial cost of the upgrade work would be five times higher because of delays caused by disruptions in the supply of electrical components for the jets.

It was reported that Boeing and Mitsubishi had signed an agreement to modernise the F-15 aircraft so they could carry long-range cruise missiles. According to the deal, Boeing was to provide the company with ground support equipment and technical publications. Defense News reported in July that Japan had requested 103 radars, 116 Honeywell Advanced Display Core Processor II mission computers, and 101 BAE Systems AN/ALQ-239 digital electronic warfare systems.

Japan has reportedly been pushed to consider modernising its military aircraft as China has been constructing a number of air bases on its coastal territories. As a response measure, the Japanese Air Self-Defence Force began launching interceptors from Okinawa Island once Chinese fighter jets started taking off from an air base in Fujian Province, which is closest to the Senkaku Islands.

In July, the Japan Times newspaper reported that Chinese military aircraft had intensified their activities in the East China Sea region, patrolling the area of the Senkaku Islands, which have been disputed between Beijing and Tokyo for decades. The dispute has sparked numerous diplomatic conflicts, national protests in both countries, and incidents that have involved boat collisions near the islands.