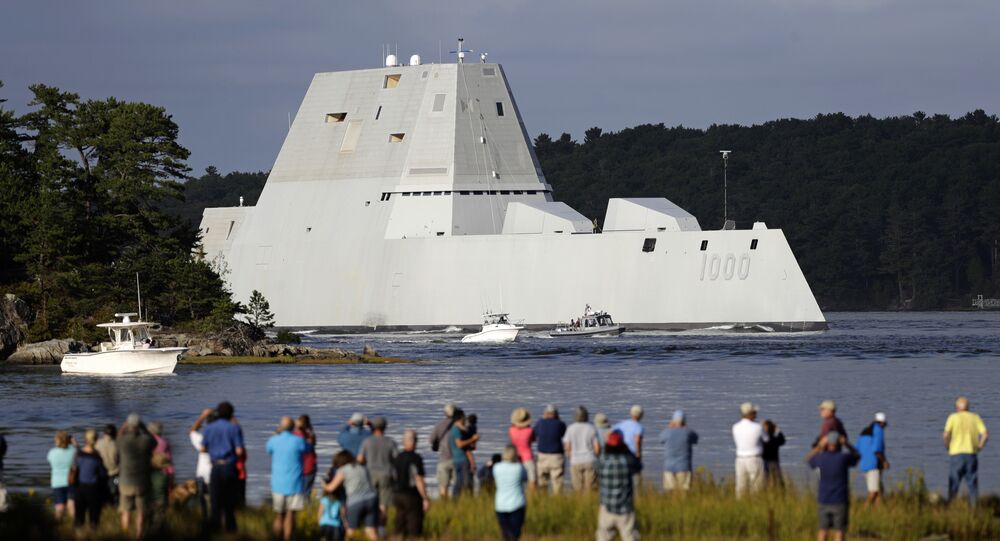 Life extensions to a number of advanced systems developed in the 1980s have kept the US military relevant long after the Cold War ended, but now it faces the challenge of commissioning a slew of new programs across every service to usher in replacements as maintenance gobbles up more and more of the budget.

The US Navy has inaugurated a new office to concoct its future guided-missile destroyer intended to replace the aging Arleigh Burke-class and Ticonderoga-class warships.

According to a statement given to USNI News on Friday, the 16-person Guided-Missile Destroyer (DDG(X)) program office is “tasked with developing an acquisition strategy, a design/technical data package and ship construction, testing, fleet introduction and sustainment plans.”

The statement adds that the new warship, which is expected to begin construction in fiscal year 2028, will combine the best parts of the Arleigh Burke-class destroyers “with a new hull form, an efficient Integrated Power System and greater endurance reducing the fleet logistics burden.”

The US Navy has already tested out an Integrated Power System in its Zumwalt-class destroyers. The huge warships, which are the world’s largest destroyers, can produce an astounding 78 megawatts of power, making them likely candidates for energy-demanding weapons like lasers or a railgun.

According to the Navy’s statement, it is also interested in similar options on the forthcoming warship.

The Zumwalts were once expected to become massive coastal bombardment platforms, but after costs exploded, the Navy reverted to building Burke-class ships and repurposed the Zumwalts as more typical missile destroyers. Only three vessels from the class were ever built. Their original designation was DD(X), much like the new DDG(X) program office, but they are now known as the DDG-1000.

In October 2020, Chief of Naval Operations Admiral Michael Gilday said the Burke’s replacement would grow out of the Burke design, which is too small to be expanded upon further, and would incorporate some of the Zumwalt’s capabilities while still being smaller than it. The largest Burkes are 9,500 tons fully loaded and the Zumwalts are roughly 15,600 tons fully loaded.

“I need deeper magazines on a manned ship deeper than we have right now. I'm limited. I can't put much more on those hulls,” Gilday said, a likely reference to the Virginia Payload Modules to be installed in the Virginia-class attack submarines, which are capable of carrying hypersonic missiles.

The US has no hypersonic missiles currently deployed, but several such devices are in development, including tests that could turn the SM-6 into a hypersonic missile with a unique ability to perform both offensive and defensive roles.

The first Burke-class destroyers entered service in the early 1990s, but the Ticonderoga-class cruisers are a decade older. The slightly larger “Ticos” were the first to carry the now-ubiquitous Aegis Combat System and the AN/SPY-1 three-dimensional radar system at its core.

The Navy previously tried to do away with the class with the CG(X) program, which was closely related to the original plan for the Zumwalt-class and they were cancelled at roughly the same time. The Navy currently has 68 Burke-class ships and 22 Ticonderoga-class ships.