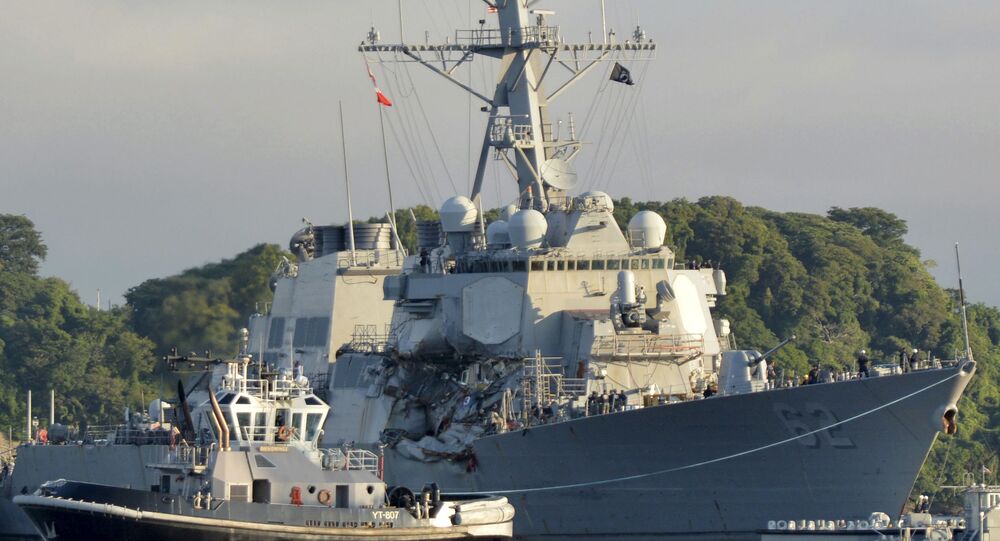 WASHINGTON (Sputnik) - The US Navy is looking back to its veteran DDG-51 class of Arleigh Burke missile destroyers as the model for its next generation of main surface warships instead of the more recent Zumwalt-class, Chief of Naval Operations (CNO) Admiral Michael Gilday told a Defence One State of the Navy podcast.

According to Gilday, the Navy currently refers to discussions about the coming generation of surface warships as "DDG-Next".

"The DDG-51 ... We put AEGIS on it, reliable systems. That's the idea", Gilday said on Thursday. "It right-sizes in everybody's mind [a design] smaller than a Zumwalt but packing some power. I need deeper magazines on a manned ship deeper than we have right now. I'm limited. I can't put much more on those hulls".

Although the proposed vessels would be smaller than the almost-16,000 ton Zumwalt's, they would be planned to carry more massive missile armaments, Gilday added.

The hypersonic missiles that the US Navy is now developing cannot be deployed on the vertical launch systems carried by the Arleigh Burke destroyers or current cruisers, but they can be launched using Virginia Payload Modules that were approved last year for use on future nuclear submarines, the report said.

The first Zumwalt $4.2 billion stealth destroyers joined the US Navy in 2016 after years of delays and cost overruns. However, the ships have suffered numerous engine breakdowns and a modern weapons system only started to be deployed on them earlier this year. Only three were built and deployed instead of the 32 that had been planned.