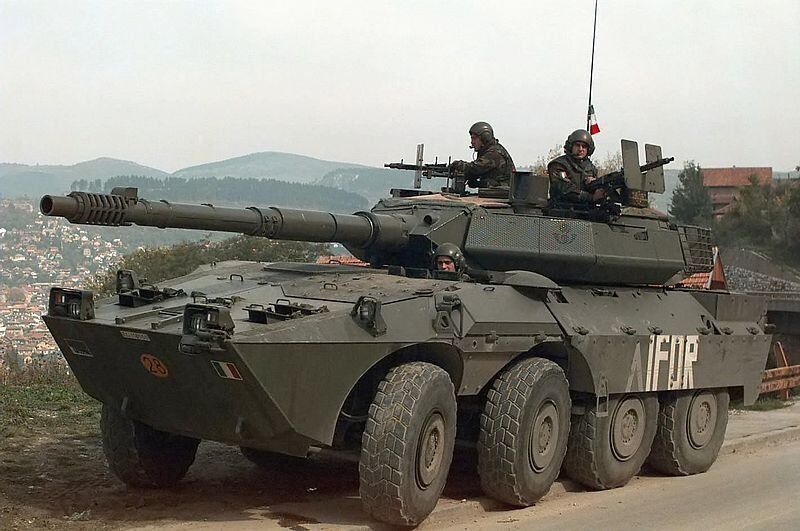 The soldiers responsible were lucky not to kill any humans after firing on a farm at night by mistake.

An Italian army tank destroyer accidentally destroyed a chicken coop during a military exercise on the outskirts of the Italian city of Vivaro in the province of Pordenone.

The accident happened on Wednesday night when the armoured vehicle's crew mistakenly fired on a farm situated near an army shooting range.

Around a hundred chickens were killed after their shed was hit by a projectile, the farm owners discovered on Thursday morning.

© Wikipedia
'Putting Much of Sicily at Risk': Locals Protest NATO's MUOS Station in Italy
No one was injured in the incident. Local media reported that magistrates in Pordenone have opened an investigation and impounded the armoured vehicles involved in the exercise.

The Carabinieri later told Euronews that the vehicle involved in the accident was a Centauro tank destroyer from the Pozzuolo del Friuli Cavalry Brigade. The accident did not cause a fire so the soldiers did not immediately realise what had happened.

“In addition to the investigation opened by the Pordenone magistrates, an internal investigation was promptly launched to know exactly the course of events and guarantee maximum collaboration and transparency to the investigating bodies,” the Pozzuolo del Friuli Cavalry Brigade Command said in a written statement, Il Friuli reported.