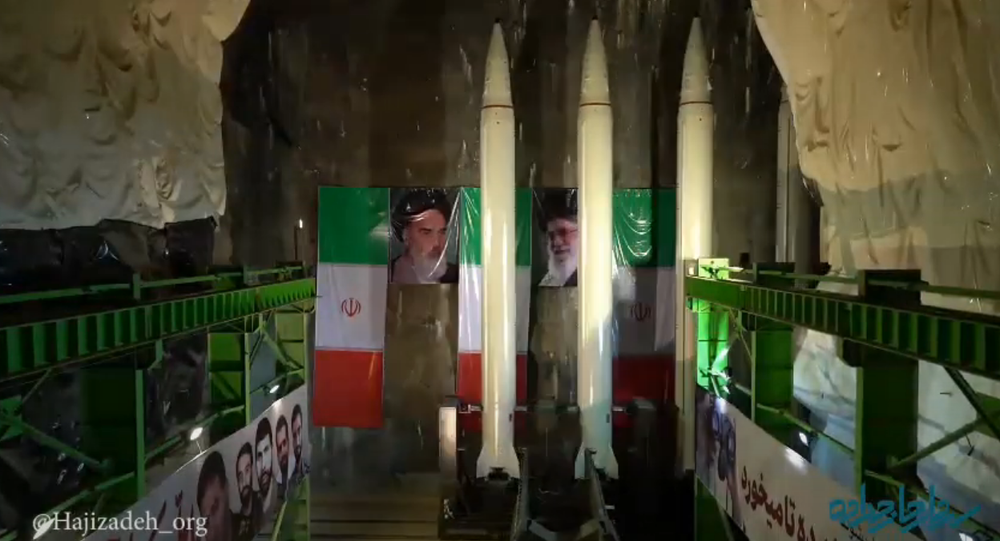 The United States and its European allies have repeatedly sought to force Iran to slow or stop the continued modernisation of its missile forces. Tehran insists that its missile arsenal is fully legal under international law, and meant purely for deterrence against Iran’s potential foes.

The system, featured in an Islamic Republic of Iran Broadcasting television report, is rail-based, and appears to be capable of simultaneously carrying up to four long-range missiles throughout Iran’s secret underground ‘missile city’ compounds, whose existence was revealed to the world earlier this year.

Revolutionary Guard Commander Maj. Gen. Hossein Salami attended the system’s unveiling ceremony, boasting that “the flight of our missiles will shake the enemy’s core, and their force will push the enemy to retreat.” Salami added that Iran’s deterrent and defence capabilities give Tehran the power to demonstrate its political will, and to ‘impose it on the enemy if necessary’.

Iran has made major strides in its rocketry, missile and space technology industries in recent decades, fielding a range of short, medium and long-range missiles, as well as stealthy cruise missiles with ranges of between 40 and 3,000 km.

According to the Washington-based Center for Strategic and International Studies, the Islamic Republic possesses “the largest and most diverse missile arsenal in the Middle East,” with its inventory consisting of “thousands of ballistic and cruise missiles, some capable of striking as far as Israel and southeast Europe”.

Iran has repeatedly showed off the extent of its homegrown missile power in recent years, launching multiple attacks against Daesh (ISIS)* terrorists in Iraq and Syria, and targeting a pair of US bases in Iraq in January 2020 in response to the assassination of one of its senior military commanders in Baghdad.

Iran’s missile arsenal has given Tehran a major conventional response capability, and given potential adversaries reason to reflect before considering an escalation of hostilities with the nation.

Washington’s European allies have repeatedly criticized Iran over its ballistic missile capabilities, and occasionally sought to tie the matter to the 2015 nuclear deal, which committed Tehran not to pursue nuclear weapons. Earlier this year, France reprimanded Tehran over its rocketry and missile activities, suggesting they “hurt regional stability and affect European security”.

© REUTERS / Social Media Website
Iran Launches Ballistic Missiles Against Terrorists in Syria Over Parade Attack - Reports
Iran has resisted European and US diplomatic pressure to freeze or reduce its missile capabilities, citing its need to be able to defend against aggression in the absence of another deterrent, and insisting that its missile programmes were in no way connected to any (non-existent) nuclear weapons programme.

Iranian officials have also stressed repeatedly that Tehran would “resolutely continue its activities related to ballistic missiles and space launch vehicles” in accordance with the Islamic Republic’s “inherent rights under international law”.