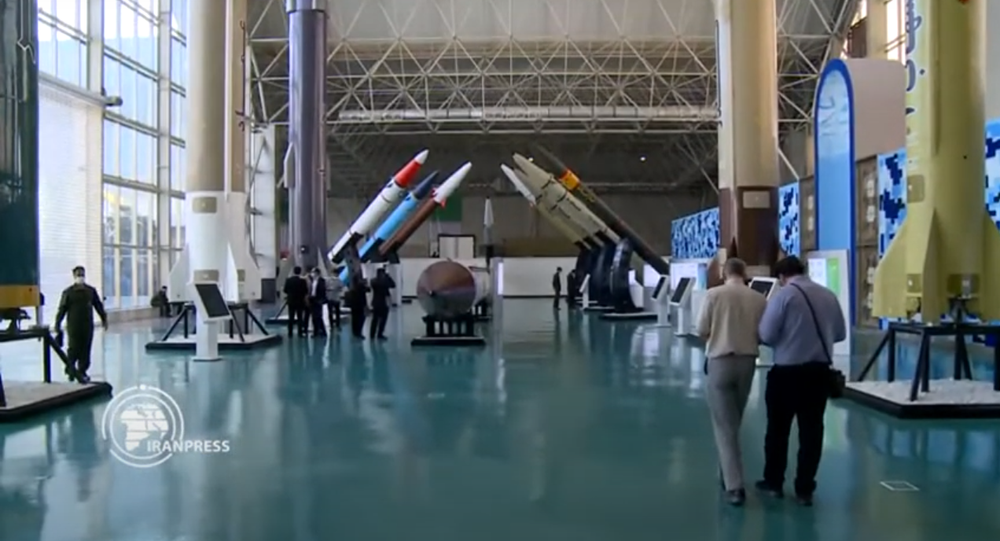 The Islamic Republic has made major strides in its defence electronics, rocketry, radar and space technology industries in recent years, and demonstrated the extent of its capabilities through the successful launch of a new generation of satellites, and the destruction of a stealthy $220 million US drone which violated its airspace last year.

Iran’s Islamic Revolutionary Guards Corps have inaugurated a large new National Aerospace Park in Tehran on Sunday, with the permanent exhibition showing off the achievements of the Middle Eastern nation’s defence and aerospace industries.

The exhibition, located inside a giant hanger facility, features an array of equipment and technologies, including full-scale mockups of various classes of missiles and rockets, radar systems, rocket engines, defence electronics components, prospective and fielded drones, and satellites.

The exhibition includes a place of honour to the painstakingly reconstructed remains of the US military Northrop Grumman RQ-4 Global Hawk spy drone which Iran shot out of the sky after it illegally entered Iranian airspace over the Strait of Hormuz in June 2019.

Speaking to reporters at the ceremony, Salami unveiled a new optical seeker-equipped ballistic missile with a 700 km range. The missile, known as the Zolfaghar Basir, is a naval variant of the Zolfaghar ballistic missile. The latter was launched against Daesh (ISIS/ISIL)* targets in Iraq in 2017 and 2018 in response to jihadist attacks on Iranian territory. It has also been speculated that Iran used the missile during ‘Operation Martyr Soleimani’, the Iranian retaliatory attack on two US bases in Iraq following the January 3 assassination of Quds Force Commander Qasem Soleimani in Baghdad.

“We have been able to turn sanctions into an opportunity for rapid progress in the defence industry,” Salami said at the ceremony, his remarks quoted by the Islamic Republic News Agency. “This exhibition shows the comprehensive plan of the deterrent power of Iran’s system,” he added.

Iran’s defence industry has made major strides in the creation of advanced military hardware after a United Nations arms embargo was slapped on the country in 2010, and has done so despite spending the equivalent of less than 2 percent of the amount spent by its US, Israeli and Saudi adversaries.