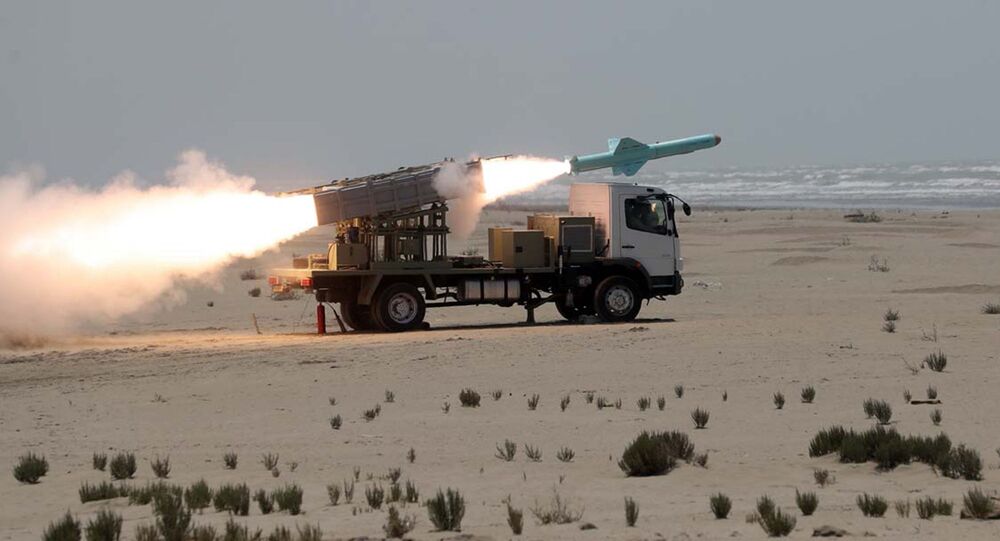 'We Are Your Nightmare': Iran Has Underground 'Missile Cities' on Southern Coasts, Admiral Says

Despite numerous protests from Iran, US warships regularly patrol the Persian Gulf and Strait of Hormuz, including the Islamic Republic's maritime borders. Washington hasn't backed down from the practice, even after complaining about Iranian speedboats "harassing" American destroyers.

The admiral explained that the information about the missile silos' existence is no secret to Tehran's enemies, but he hinted that the adversaries are unaware of their real locations.

"The IRGC Navy is present everywhere in the Persian Gulf and the Sea of Oman, in every place that the enemy would not even think about," the admiral said.

Tangsiri went on to note that apart from new long-range missiles, Iran's enemies might face brand new military vessels "beyond their imagination".

"We are your nightmare”, the IRGC Navy's admiral summed up.

The admiral's revelations come as Iran continues to demand that the US stop deploying its naval forces in the Persian Gulf region. Washington has so far ignored the calls, regularly sending in its destroyers and aircraft carriers, despite complaining about them being "harassed" by Iranian speedboats.

The US justifies its naval military presence by insisting that its mission is to maintain peace, but Iran has repeatedly dismissed this explanation. The Islamic Republic's officials have argued that the US doesn't bring peace to the Middle East, and insists that the Persian Gulf states can take care of local security issues themselves.