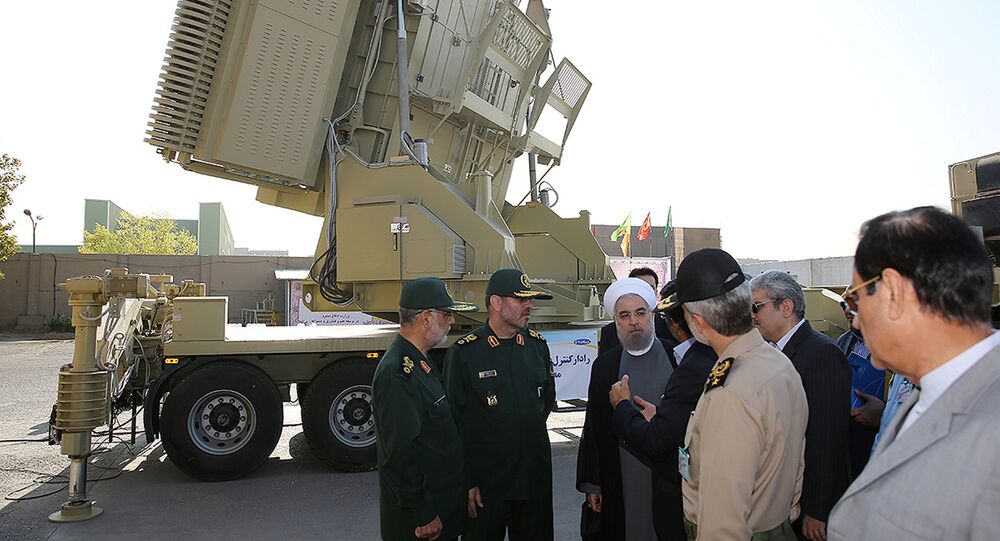 Despite last-moment attempts by the US to prevent the embargo from being lifted, the rest of the UN Security Council refused to extend it beyond the timeline set by the Iran nuclear deal.

Iran is ready to engage in arms trade with other countries as soon as the international embargo on it is lifted on 18 October, Iranian UN mission spokesman Alireza Miryousefi told Newsweek. The representative said the country is prepared to both buy and sell military equipment and weapons, but did not elaborate, which countries is it planning on contacting first.

"Iran has many friends and trading partners, and has a robust domestic arms industry to ensure its defence requirements against foreign aggression […] we will trade, on the basis of our national interests, with other countries in this field", the spokesman said.

Miryousefi went on to comment on the US attempt to prevent the embargo on arms trade from ending on 18 October, saying that the motion to lift it on time enjoys overwhelming support at the UN Security Council. He added that Washington had ended up "isolated" as a result of its attempt to "further violate" the provisions of the Joint Comprehensive Plan of Action (JCPOA), also known as Iran nuclear deal.

Washington has long opposed the lifting of the arms embargo on Iran. The measure prohibited the Islamic Republic from selling or buying weapons from other countries, which resulted in Tehran rapidly developing its domestic defence industry.

The US made its last attempt to maintain the embargo by trying to trigger the snapback sanctions mechanism of the JCPOA. The mechanism was introduced as a part of the nuclear deal in 2015 and was supposed to be used by a party to the deal to reinstate and keep all international sanctions against Iran, should the country violate its obligations under the accord. Washington indicated that Tehran had returned to pre-2015 levels of uranium enrichment in violation of the accord, however, the US itself withdrew from the JCPOA in 2018 and hence lost the right to trigger the mechanism, according to Iran's position.

Moreover, Iran's refusal to comply with the accord was a direct result of the US leaving the agreement and imposing unilateral sanctions on the Iranian banking and oil industries. A year after Washington's left the JCPOA, Tehran said it was longer bound by its obligations since it no longer enjoys the right to freely trade with the rest of the world, given to it by the nuclear deal.

As a result, the UNSC members voted down Washington's proposal to extend the arms embargo on Iran. The US, in turn, introduced new unilateral sanctions against Iran, akin to those by the UN pre-2015, threatening to punish any country that decides to sell or buy armaments to or from the Islamic Republic. Washington specifically slapped sanctions on 18 banks over alleged links to Iran and the Iranian military.