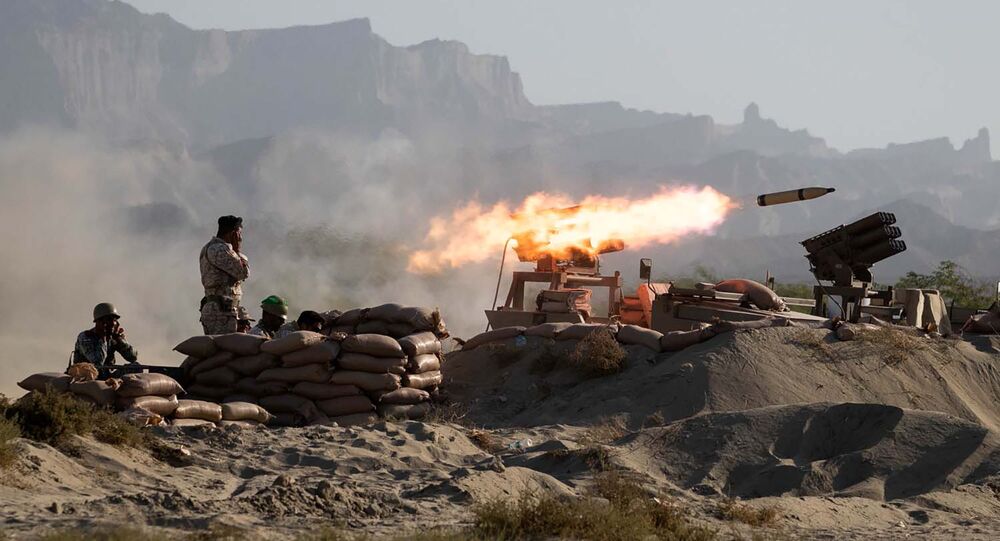 Last month, the UN Security Council rejected a draft resolution submitted by the administration of US President Donald Trump to indefinitely extend the UN arms embargo against Tehran, which expires on 18 October.

Hajizadeh told reporters on Monday that Iran’s arms program had been not affected by the arms embargo and that Iran had already “become self-sufficient in the military industry”.

According to the military chief, the expiration of the UN arms embargo in October indicates a political victory for Iran, particularly as it will allow Tehran to deal in arms exports.

The remarks come after Defence Minister Amir Hatami said earlier this month that Iran remains among a handful of countries which are able to domestically manufacture over 90 percent of its military equipment.

“We will surely be able to export more military equipment than we need to import. Therefore, we will surely use our legal right [to sell arms] in dealing with our allies once the restrictions are lifted”, the defence minister pointed out, referring to the upcoming expiration of the UN arms embargo.

This followed the UN Security Council (UNSC) voting “no” on a draft resolution introduced by the Trump administration to indefinitely prolong the weapons embargo against Tehran that was envisioned by the 2015 Iran nuclear deal ahead of the embargo’s 18 October expiration.

© AP Photo / Vahid Salemi
Moscow Slams US' Statement on Restoration of Iran Sanctions as 'Theatrical Performance'
The council underlined that the resolution did not receive the required support to be adopted, as it was endorsed only by the US and the Dominican Republic, and rejected by Russia and China, with 11 other UNSC members abstaining.

US Secretary of State Mike Pompeo criticized the UNSC move, pledging that the Trump administration would continue to attempt to prevent Iran from buying and selling weapons on the international market.

In the latest development, Pompeo announced that all the UN sanctions against Tehran were allegedly "back in effect" under a “snapback” mechanism of UN Security Council Resolution 2231, featured in the Iran deal, also known as the Joint Comprehensive Plan of Action (JCPOA).

The statement drew quick criticism from EU High Representative for Foreign Affairs Josep Borrell, who underlined that the US has no legal right to use the mechanism as Washington, under Trump's guidance, previously left the JCPOA.

UN Secretary-General Antonio Guterres made it clear that the UN would not take action on restoring sanctions against Iran before there is a green light from the Security Council, citing "uncertainty" on the matter.

The Iran nuclear deal stipulates Tehran scaling back its nuclear programme in exchange for international sanctions relief. Trump announced a unilateral withdrawal from the JCPOA by the US in May 2018, prompting Tehran to step away from its nuclear commitments one year later.