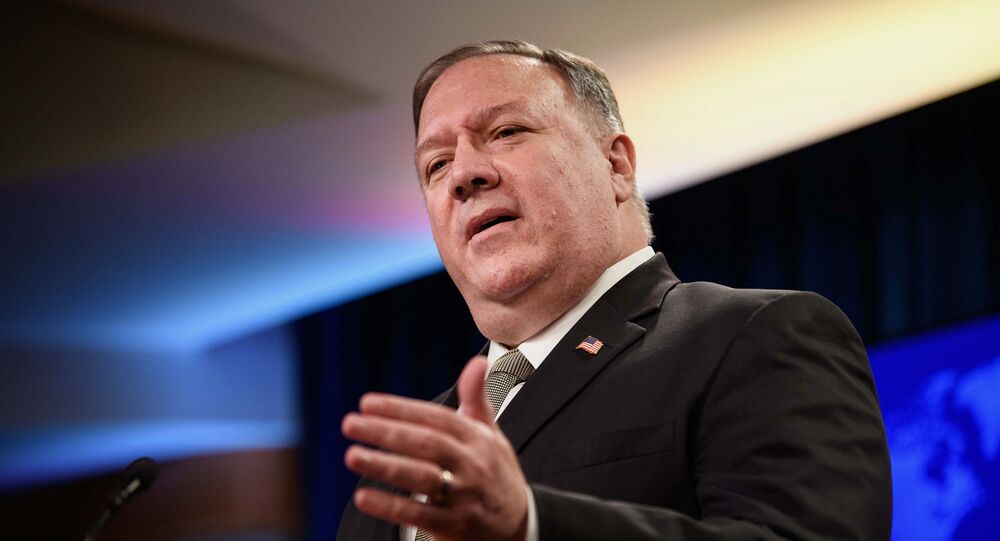 US Secretary of State Mike Pompeo announced back in late August that Washington had triggered the 30-day process to restore almost all UN sanctions on Tehran, due to Iran's failure to "uphold its mission" to maintain peace and security.

US Secretary of State Mike Pompeo says that the UN sanctions against Iran are coming into force and that the United States is ready to punish countries that are against these sanctions.

​"In addition to the arms embargo, this includes restrictions such as the ban on Iran engaging in enrichment and reprocessing-related activities, the prohibition on ballistic missile testing and development by Iran, and sanctions on the transfer of nuclear- and missile-related technologies to Iran, among others", Pompeo said.

He added that the US "will not hesitate to enforce our sanctions, and [they] expect all Member States to fully comply with their obligations under these re-imposed restrictions".

Pompeo also said that the US will continue its "maximum pressure campaign" against Iran until a comprehensive agreement is reached.

"In the coming days, the United States will announce a range of additional measures to strengthen implementation of UN sanctions and hold violators accountable", the State Secretary said.

Special Representative for Iran and Venezuela Elliott Abrams reiterated these sentiments on Wednesday, telling reporters that Washington expects all the measures to be reimposed.

Commenting on the move, EU High Representative for Foreign Affairs Josep Borrell stressed the United States' had no right to unilaterally restore international sanctions on Iran on a basis of an agreement it withdrew from.

"As recalled in my statement of 20 August, as well as in the Chair's statement following the JCPOA Joint Commission on 1 September 2020, the US unilaterally ceased participation in the JCPOA by presidential Memorandum on 8 May 2018 and has subsequently not participated in any JCPOA-related activities. It cannot, therefore, be considered to be a JCPOA participant State and cannot initiate the process of reinstating UN sanctions under the UN Security Council resolution 2231. Consequently, sanctions lifting commitments under the JCPOA continue to apply," Borrell said in a statement.

The UK, France, and Germany have come out against the United States' deadline to reinstate the punitive measures. In a letter sent to the UN Security Council, the three European countries said that sanctions relief, which was agreed as part of a 2015 nuclear deal that limited Iran's nuclear capabilities, would remain in force beyond Sunday.