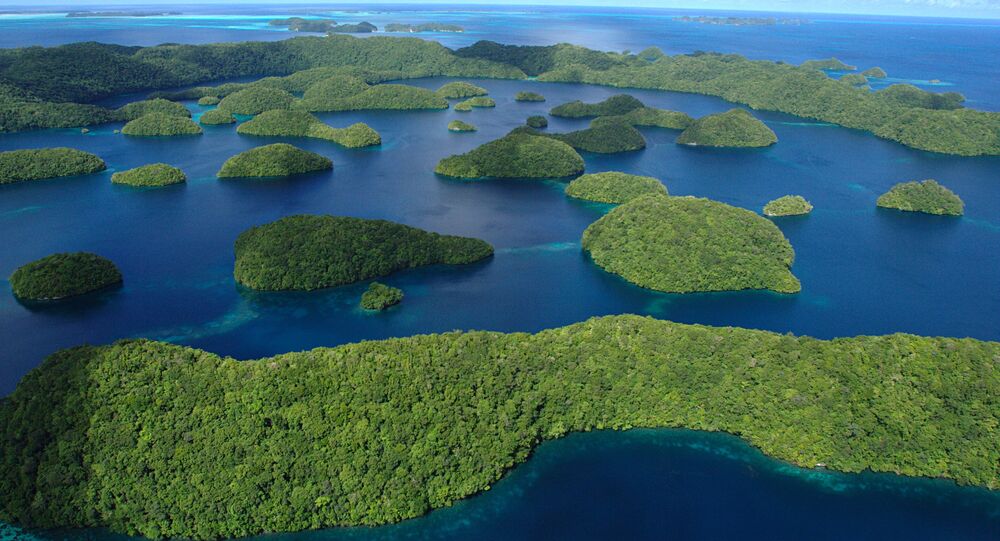 Palau Provides Pentagon With Green Light for US Military Base Construction

The government of Palau has reportedly told US Secretary of Defense Mark Esper that the Pacific archipelago nation is completely open to the Pentagon’s construction of a military base on the island, located some 1,500 kilometers from the Philippines.

"Palau's request to the US military remains simple - build joint-use facilities, then come and use them regularly," Palau President Tommy Remengesau said in a letter addressed to Esper last week and observed by AFP earlier this week.

Remengesau suggested that Palau, which is home to approximately 22,000 individuals, would be a prime location for the US Coast Guard. Furthermore, the Coast Guard would be able to assist Palau’s own local authorities with patrolling the island’s marine reserve, which AFP reports covers an area the size of Spain.

According to a Compact of Free Association, the US has agreed to provide Palau, which lacks a military, with armed protection in exchange for the Pentagon’s use of the island.

However, Washington has yet to station any troops on the island.

"We should use the mechanisms of the Compact to establish a regular US military presence in Palau," Remengesau said in the letter, according to AFP.

"The US military's right to establish defense sites in the Republic of Palau has been under-utilized for the entire duration of the Compact."

He noted that the building of a US military base would also assist the economy of the Pacific archipelago nation, which has not been spared from the global economic impact of the COVID-19 novel coronavirus.

The emergence of this letter comes after Washington in late August added 24 Chinese companies to an entity list that effectively bans them from purchasing American products. The announcement claimed that the two dozen companies were being sanctioned over their alleged roles in assisting Beijing with military fortifications on islands in the South China Sea.

Days later, Esper visited Palau and argued that China had repeatedly failed to uphold its promises regarding international law.

"Communist China is exerting financial and political pressure, publicly and privately, on many Indo-Pacific and European nations - large and small - while pursuing new strategic relationships worldwide ... In fact, the smaller the country, the heavier the hand of Beijing," he said.