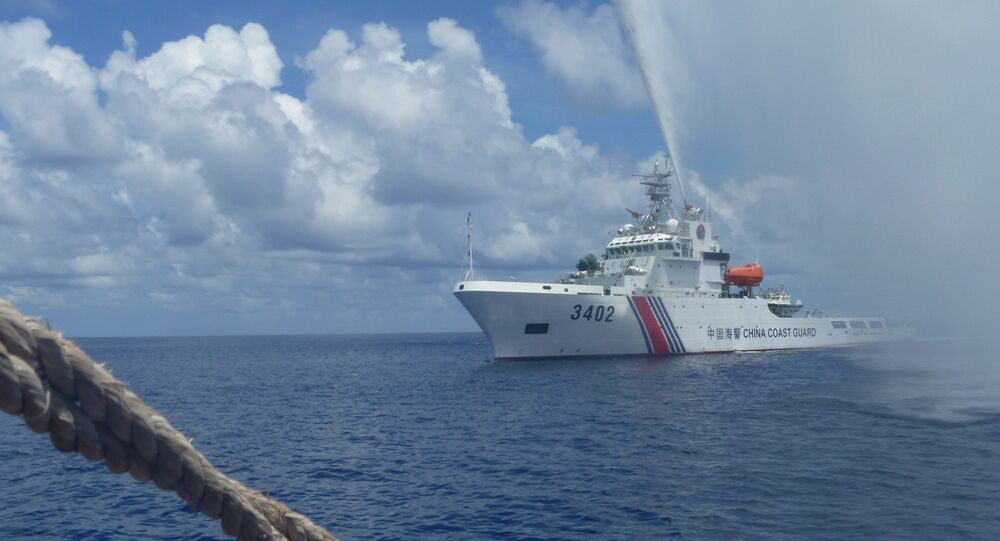 Earlier this week, Washington slapped sanctions on 24 Chinese companies over their alleged role in building military fortifications on artificial islands in the South China Sea.

US Defence Secretary Mark Esper slammed Beijing during his visit to Palau, stating that China has repeatedly fallen short of promises to follow international laws.

"Communist China is exerting financial and political pressure, publicly and privately, on many Indo-Pacific and European nations - large and small - while pursuing new strategic relationships worldwide... In fact, the smaller the country, the heavier the hand of Beijing", Esper said.

The official stressed that Beijing seems to be flexing its muscles the most in Southeast Asia, especially amid territorial disputes in the South China Sea.

Chinese authorities claim the South China Sea as sovereign territory and are constructing military bases on artificial islands there. Vietnam, Malaysia, Brunei, the Philippines, and Taiwan have also staked claims to parts of the sea closer to their own shores.

The United States, for its part, views the sea as an international waterway and routinely defies China with patrols by US and allied warships in so-called freedom of navigation exercises.