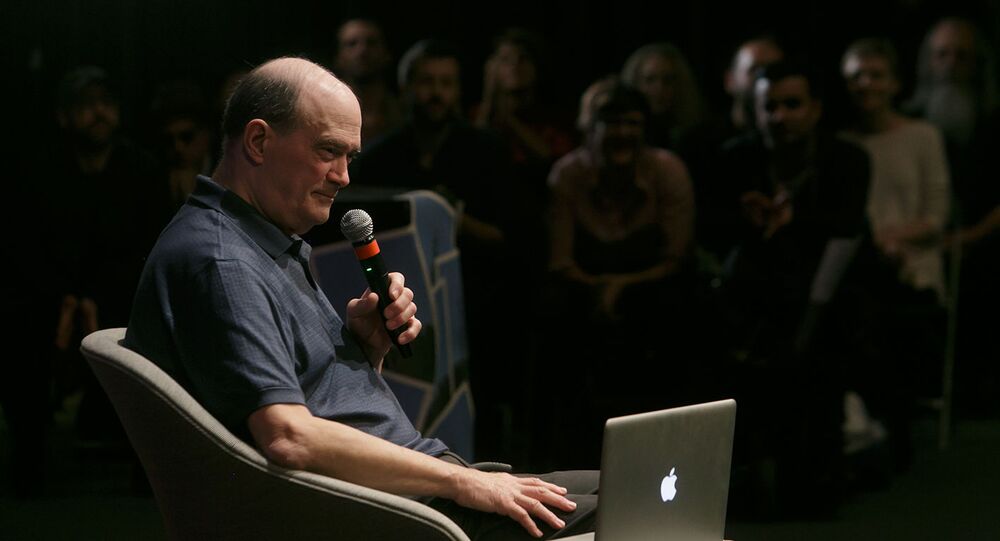 Julian Assange and WikiLeaks have repeatedly denied allegations that the emails belonging to the Democratic National Committee, which they published in 2016, were provided to them by Russian or any other state actor, but rather that they were leaked to the organisation via “official circles in Washington DC”.

Democratic National Committee (DNC) documents published by WikiLeaks in 2016 could not have been obtained through hacking, according to a new assessment co-authored by National Security Agency (NSA) whistleblower Bill Binney.

Mr Binney, speaking via an online press conference on 23 July said that he and a team of other former intelligence and security personnel looked into "the files posted by WikiLeaks, because the allegations were that Russians hacked the DNC and passed it to WikiLeaks".

"[I]n all the 35,813 emails that [WikiLeaks] posted in three batches, one downloaded, according to the last modified times on the 23rd of May and the other another on the 25th of May and one on the 26th of August of 2016", the ex-NSA cryptographer explained.

"Now all those files, all 35,813 had a last modified time that was rounded off to an even second”, Mr Binney said.

He described how there is a common programme which can do what is known as file allocation formatting, and that “when doing a batch process of data and transferring it to a storage device, like a thumb drive or a CD ROM, it rounds off the last modified time to the nearest even second. So that's exactly the property we found in all that data posted by WikiLeaks", he concluded.

"Now, that said, very simply this data was downloaded to a storage device, a CD ROM, or a thumb drive, and physically transported before WikiLeaks could post it. So that meant it was not a hack. So no matter how you look at it, we're looking at the forensic evidence that says the DNC emails were not hacked. They were downloaded and physically transported to WikiLeaks", the Mr Binney explained.

Mr Binney added that they contacted colleagues as well as hackers from around the world including Albania, Serbia and London, to attempt to achieve the speeds which they could see that the DNC leaks were obtained from the servers. They were all unsuccessful.

In 2016 the transparency organisation published multiple batches of what came to be known as the DNC Leaks or DNC Hacks. The emails revealed, among other things, the fact that the 2016 Hillary Clinton campaign and the Democratic National Committee were working together to sabotage the presidential campaign of Bernie Sanders. This is despite the fact that the DNC is ostensibly a neutral organ of the Democratic Party.

“There are times when we can see data exfiltrated, and we can say conclusively. But in this case, it appears it was set up to be exfiltrated, but we just don’t have the evidence that says it actually left"

According to the declassified House Intel Committee's documents, Crowdstrike, which was paid by the Democratic Party to review its servers after the WikiLeaks publications, could not confirm whether Russian state actors actually took any of the information in question from the DNC.

Both Julian Assange and WikiLeaks have repeatedly denied that the DNC leaks were provided to them via a Russian, or any other, state actor.

Did Russia Steal DNC Emails? No Proof, According to New Transcripts