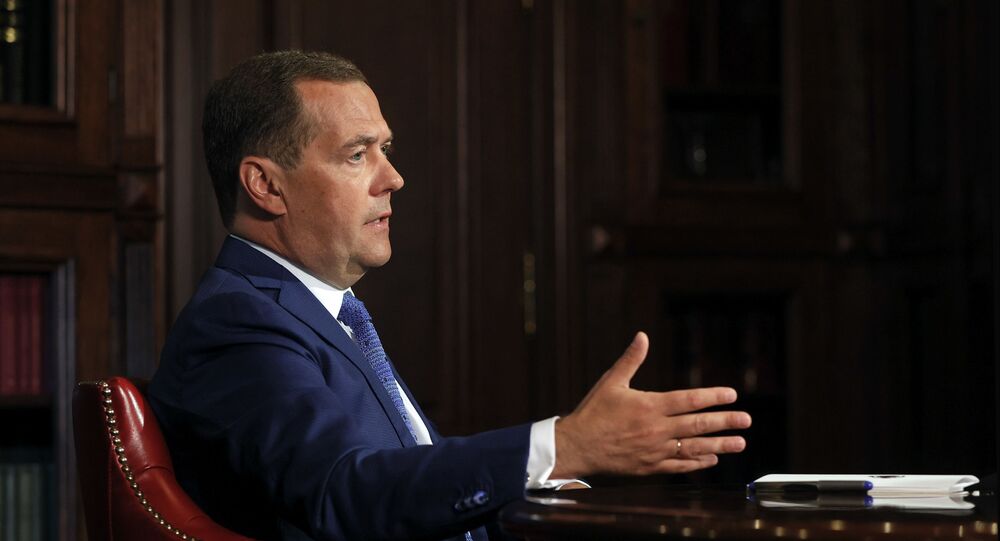 The deputy chair of the Russian Security Council, Dmitry Medvedev, said he was "extremely sceptical" about the extension of the New START nuclear arms treaty because of Washington's position on the matter.

"I am extremely sceptical about this because of the US stance. It is not constructive at the moment," Medvedev said in an interview with the KP publishing house released Thursday.

"For the treaty to be effective, it needs to be upheld by all parties. At the moment, I do not see the US to be willing to extend the New START. Maybe something will change in their position, we would like that," Medvedev said.

Russia, for one, is ready to prolong the treaty without any conditions, the deputy chair of the Security Council said.

"But no, they set out a host of new conditions, in particular, regarding other countries joining, which makes the extension almost non-viable. This is bad," Medvedev said.

Speaking further on the New START treaty, the senior official stated that new types of weapons should also be discussed, but the United States appeared unwilling.

"New types of arms emerge that should also be discussed. But there needs to be a will to do that. And I haven't seen this will in the US at all so far," Medvedev said in an interview with the KP publishing house released Thursday.

© Photo : Oscar Sosa
Moscow Will Not Press China to Join US-Russia Arms Control Talks, Russian Ambassador Says
If the United States continues to boost its nuclear arsenal, Russia will have to "take symmetrical or asymmetrical decisions to neutralize those capacities in some way," Medvedev said.

The arms reduction treaty, signed in 2010 by Medvedev, who was the Russian president at that time and his then-US counterpart Barack Obama, is set to expire in February next year.

The US has been insisting that China should join Washington and Moscow on nuclear talks. Beijing has said it is not interested.