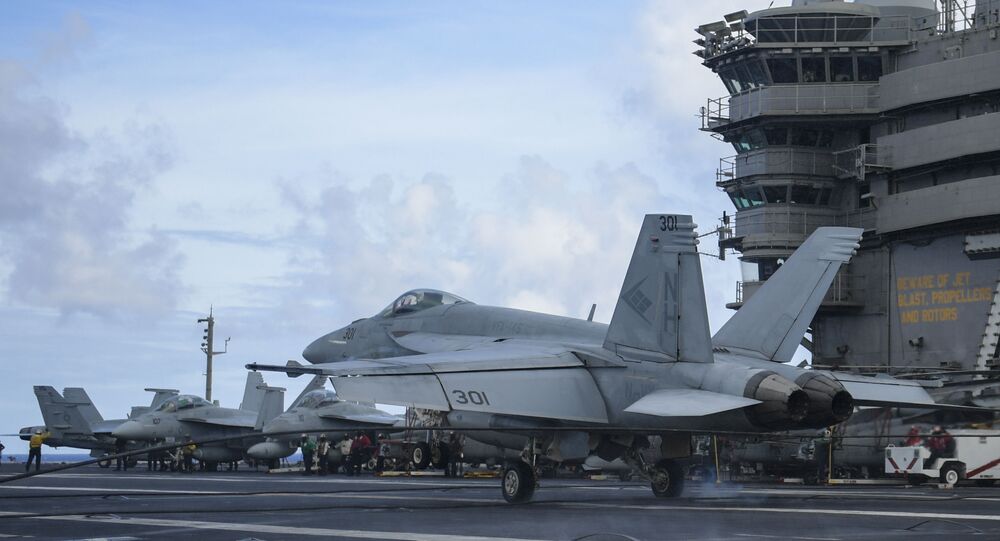 US Navy Chief of Naval Operations Adm. Mike Gilday is now reviewing recommendations made following the conclusion of an internal probe into the COVID-19 novel coronavirus outbreak aboard the USS Theodore Roosevelt (CVN-71) back in March.

“The Chief of Naval Operations has received and is reviewing the command investigation into the events surrounding the [coronavirus] outbreak aboard USS Theodore Roosevelt,” Cmdr. Nate Christensen, spokesperson for Gilday, said on Wednesday, as reported by Stars and Stripes. “It will take time for the investigation’s recommendations to be reviewed and endorsed by [Gilday]."

More than 1,150 sailors from the Roosevelt tested positive for COVID-19 following an outbreak of the novel coronavirus aboard the ship - including Capt. Brett Crozier, the former commander of the aircraft carrier.

US Naval Institute News noted that the investigation, led by outgoing Vice Chief of Naval Operations Adm. Robert Burke, began in April and looked into the Navy’s response to the outbreak of the virus on the carrier.

Sputnik reported earlier this month that the investigation was the second probe into the outbreak and the Navy’s response. The previous examination of the matter left acting Navy Secretary James McPherson with “unanswered questions,” according to Stars and Stripes.

Crozier, who has since been temporarily reassigned to a desk job, is expected to receive word about his permanent position following a public ordeal concerning his handling of the outbreak - which also led to then-acting Navy Secretary Thomas Modly’s resignation.

“The spread of the disease is ongoing and accelerating,” Crozier wrote in a letter to Navy leadership on March 30, according to Stars and Stripes. “We are not at war. Sailors do not need to die.”

Modly slammed Crozier’s decision to release the letter to top Navy leadership, saying that the move "demonstrated extremely poor judgment" and broke the chain of command while undermining the Navy’s efforts at the time to contain the novel coronavirus. Modly’s removal of Crozier from his position on April 2 triggered backlash from lawmakers and the captain’s former crew.

Modly later resigned from his position as secretary on April 7.

In recent days, the Roosevelt and most of its recovered crew have embarked on a series of simulations and carrier qualification flights necessary for its redeployment.

#USSTheodoreRoosevelt departs Guam to conduct carrier qualifications for #CVW11. “We are extremely thankful for the dedicated support and hospitality of Gov. Leon Guerrero, her staff & the people Guam." Capt. Carlos Sardiello, Commanding Officer

The Roosevelt, which has been away from its home port in San Diego, California, since January 17 and docked in Guam on March 27, is expected to depart from the island in the coming days. It’s unclear whether it will be resuming its Indo-Pacific deployment or if the carrier will be reassigned.