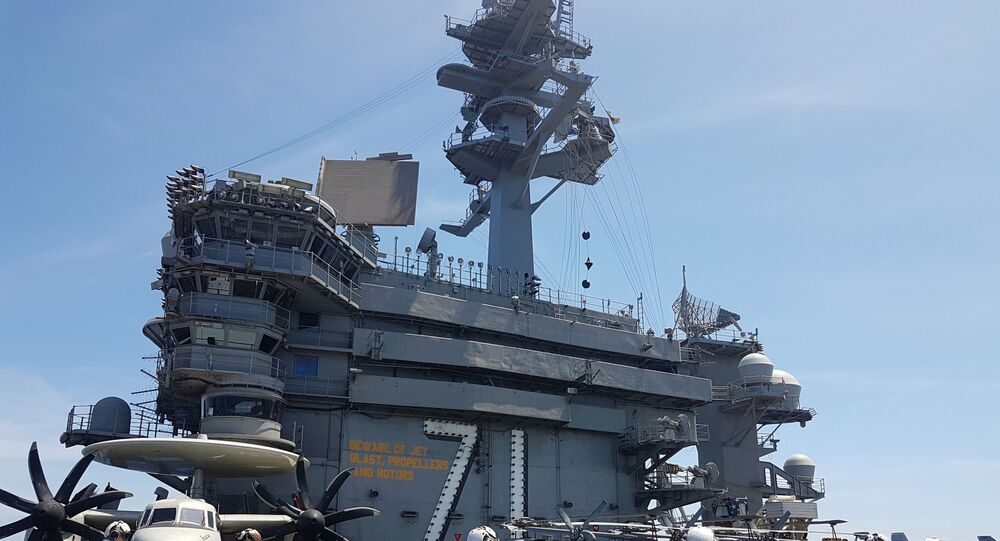 In early April, Capt. Brett Crozier penned a frantic letter to US Navy alerting them on the coronavirus situation on USS Theodore Roosevelt and was subsequently fired, receiving harsh comments from then-acting US Navy Secretary Thomas Modly, a Trump appointee, for being "stupid and naive".

On Friday, US Defence Secretary Mark Esper received recommendations from top US Navy officials that reportedly contained a suggestion to reinstate USS Theodore Roosevelt Capt. Brett Crozier, fired because he warned the Navy on the COVID-19 situation on the ship.

However, according to Politico, Gen. Mark Milley, chairman of the Joint Chiefs of Staff, insisted that there must be a "full-blown investigation" opened on the case, which could delay the captain's reinstatement.

"This afternoon, Secretary Esper received a verbal update from the acting Secretary of the Navy and the Chief of Naval Operations on the Navy's preliminary inquiry into the COVID-19 outbreak on the USS Theodore Roosevelt. After the Secretary receives a written copy of the completed inquiry, he intends to thoroughly review the report and will meet again with Navy leadership to discuss next steps", the statement read.

Chief of Naval Operations Adm. Michael Gilday and acting Navy Secretary James McPherson supported the idea of reinstating the fired captain, and Esper might be "deciding the vote between the two camps", while a final decision is expected next week, according to unnamed officials, cited by Politico.

The disputes revolve around the case of Capt. Brett Crozier, who was fired earlier in the month after he sent an  alarming letter to the US Navy asking for help in tackling rapidly spreading COVID-19 infections on the USS Theodore Roosevelt. Then-acting US Navy Secretary Modly went public on the aurcarft carrier in a 19-minute rant, lambasting Crozier for being "naive and stupid" and accusing him of "betrayal of trust". Shortly after the incident, the Trump appointee was forced to apologize to Crozier and resign.

As of 25 April, 100 percent of USS Theodore Roosevelt crew members have been tested for COVID-19, with 833 testing positive and 4,105 with negative results, according to US Navy data.