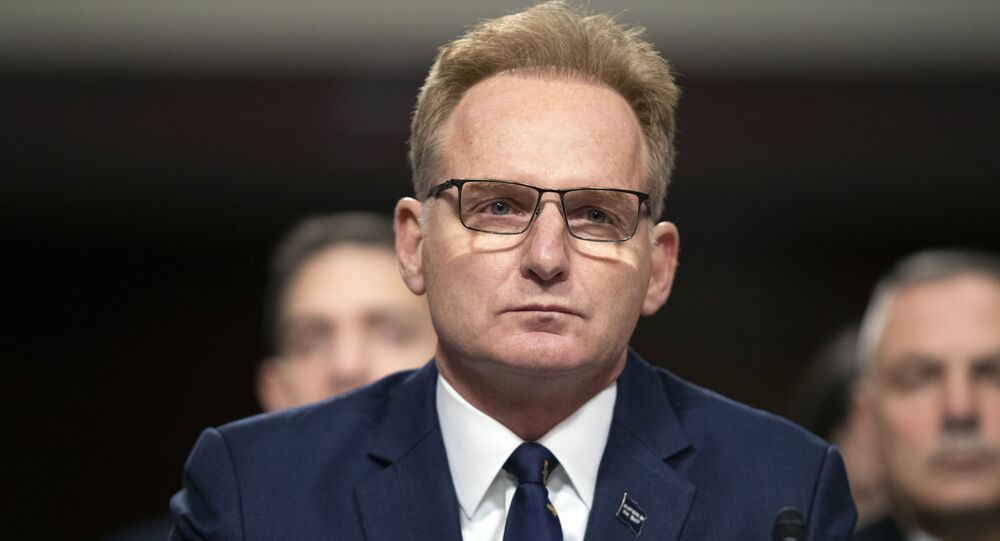 Acting US Navy Secretary Thomas Modly submitted his resignation letter Tuesday, just one day after US President Donald Trump told reporters during a White House briefing that he would be willing to get involved in the matter of the COVID-19-infected USS Theodore Roosevelt.

Officials with knowledge of the development told Politico that Modly submitted his resignation letter to US Defense Secretary Mark Esper after a one-on-one meeting earlier in the day. The individual further noted that Modly did not do so as a result of pressure from Esper or the White House.

"He resigned of his own accord, putting the Navy and the Sailors above self so that the USS Theodore Roosevelt, and the Navy as an institution, can move forward," reads the statement. "His care for the sailors was genuine. ... I have the deepest respect for anyone who serves our country, and who places the greater good above all else. Secretary Modly did that today, and I wish him all the best."

Esper went on to state that with Trump's approval, he would be appointing Jim McPherson, the current undersecretary for the Army, as Modly's replacement. "Jim will serve as acting Secretary of the Navy until a permanent Navy Secretary is confirmed," the notice states.

Moments before the news broke of Modly's resignation, US House Speaker Nancy Pelosi (D-CA) called for the official to be dismissed from his post, stressing that the US Navy leader "showed a serious lack of sound judgement and strong leadership​" when he fired the Roosevelt's now-former commanding officer Captain Brett Crozier.

"Our oath of office is to protect and defend the Constitution, and therefore our first responsibility is to protect and defend the American people.  To that end, our priority is force protection of our men and women in uniform who sacrifice to keep Americans safe. That is exactly what Captain Crozier was doing when he called for help for the men and women in his charge," reads Pelosi's statement.

"Sadly, acting Secretary Modly’s actions and words demonstrate his failure to prioritize the force protection of our troops."

Modly opted to apologize late Monday for calling Crozier "too naive or too stupid" over his decision to file a letter to the Navy ranks that asked for help after dozens of sailors contracted COVID-19.

At a White House Coronavirus Task Force briefing Monday, Trump expressed to reporters that he was considering getting involved in the dispute. Noting that while Crozier's letter "shouldn't have been sent," Trump stated that he wanted to help ease tensions from both parties.

Crozier was relieved of duty last week. At the time, Modly told reporters during a news conference that the captain was given the boot from his post because he "raised alarm bells unnecessarily" that ultimately undermined the US Navy's efforts to contain the spread of the respiratory illness.