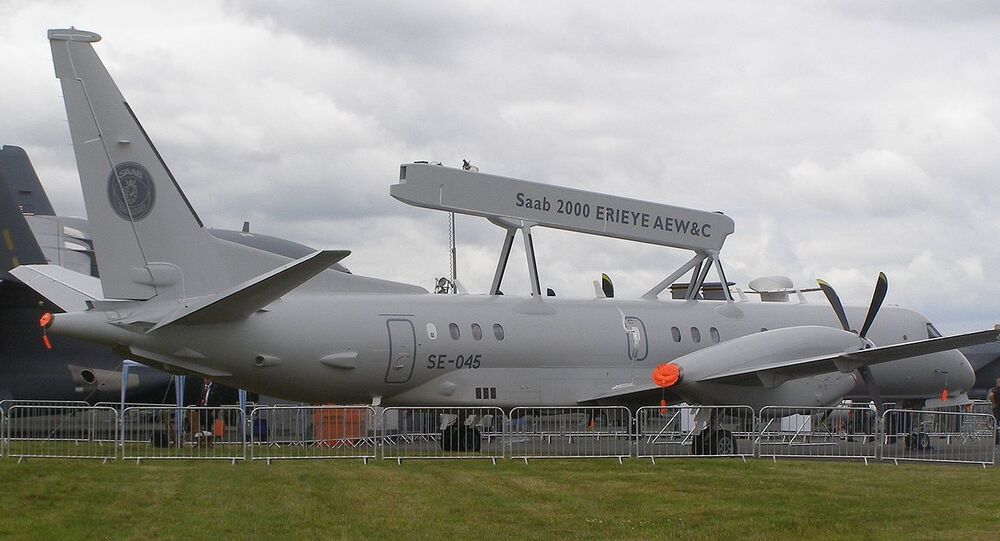 The Saab 2000 Erieye is a complete Airborne Early Warning and Control system with multi-role and multi-mission capabilities for both military and civilian needs, and can be used for tasks including border surveillance and search-and-rescue operations.

Saab has signed a contract and received an order for the Airborne Early Warning and Control solution Saab 2000 Erieye. The order is worth SEK 1.55 billion (nearly $158 million).

Due to circumstances concerning the product and customer, the company is reticent about the buyer. No further information about the customer will be announced, a Saab press release said.

The Saab 2000 Erieye is a complete Airborne Early Warning and Control system with multi-role and multi-mission capabilities for both military and civilian needs.

It is based on the Saab 2000 aircraft that equips Saab’s airborne radar Erieye and a range of other sensors and provides detailed situational awareness. It can be used for tasks including border surveillance and search-and-rescue operations.

Deliveries will take place between 2020 and 2023, and the work will be carried out in Gothenburg, Järfälla, Linköping, Luleå and Arboga.

As of today, the list of its operators includes Brazil, Greece, Mexico, Pakistan, Saudi Arabia and Thailand. The Erieye system has full interoperability with NATO air defence command and control systems.

“The delivery of the first GlobalEye plane is a major milestone for Saab, but also an important historical step for airborne sensor platforms,” Saab's President and CEO Micael Johansson said in a statement.

GlobalEye is a combination of Saab's new radar system Erieye ER and Bombardier's Global 6000, a jet aircraft that has extra long range and can be in the air for up to 11 hours.

According to Saab, GlobalEye is the first in the world market that can “detect and track targets at great distances and conduct surveillance in the air, on the ground and at sea simultaneously from one and the same platform".

Saab AB is a Swedish aerospace and defence company, founded in 1937. From 1947 to 1990 it was the parent company of car manufacturer Saab Automobile. Its main focus is fighter aircraft, combat weapons, missile systems, torpedoes, sensor systems, unmanned underwater vehicles, as well as airborne surveillance solutions (including GlobalEye, Saab 2000 Erieye), radars and means of electronic warfare.

At about 17,000 employees, Saab is seen as a backbone of Sweden's military-industrial complex.