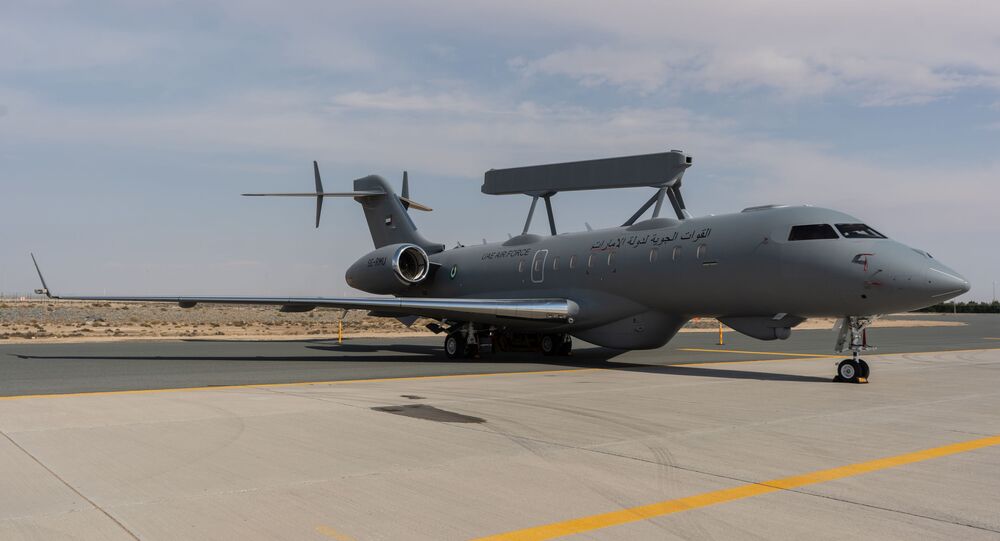 Ahead of formal, final negotiations, Saab President and CEO Micael Johansson informed attendees of the Dubai Airshow on Tuesday that the UAE is expected to ink a billion-dollar deal for the Stockholm-based firm’s GlobalEye aircraft.

“I think it’s amazing. It shows the trust in us,” Johansson said, speaking of the potential deal in an interview with Defense News on November 19. “We knew that we were really close to a big contract. So it was sort of a little bit expected, but you never know.”

According to a later Saab news release, the “potential order value” for the contract currently stands at $1.018 billion.

The GlobalEye, which is essentially an upgraded Bombardier Global 6000/6500 business jet with an extended radar, provides surveillance of ground, air and maritime targets.

Lars Tossman, president and head of the radar solutions business at Saab, argued to National Defense that the jet’s Erieye extended-range radar system, which sits atop the plane’s fuselage, is one of the most effective in the industry.

“We have also chosen a frequency band that is extremely resistant to jamming — the S-band," he said.

Four years ago at the same airshow, the UAE announced it had finalized the first GlobalEye deal with Saab for two aircraft. Though the first delivery was not expected for some years, another early warning aircraft was ordered by the country in 2017.

The first UAE GlobalEye, which is expected to be delivered to the country in 2020, recently completed aerodynamic testing, while the second and third GlobalEyes remain in system testing and operator training, respectively, according to Tossman.

While the defense company is clearly excited about the forthcoming deal with the UAE, it is also keeping its options open, having its eyes on other countries in the Middle Eastern market and even South Korea, reported Defense News.

“I'm pretty optimistic about the future outlook on the market," Tossman said. "There are quite a few more countries we are talking to that I'm not allowed to mention because it's not open campaign yet."